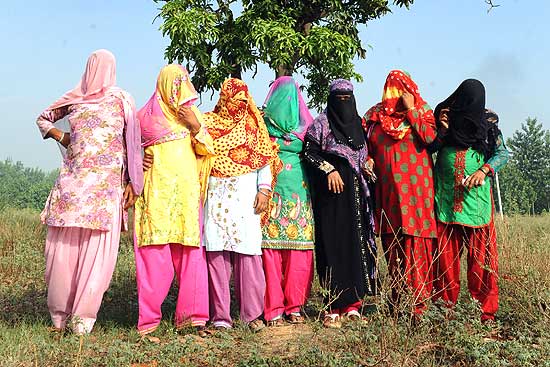 “Why were we raped if a boy eve-teased a girl? Did the whole nation go about raping the women of the community of Nirbhaya’s rapists to avenge what was done to her?”

She is someone I’ll call S, not because she does not want the world to know her name, but because her identity has to be protected, for the consequences it might possibly have. S is one of the ‘Muzaffarnagar rape victims’, of the seven whose ordeal is the collective shame and guilt of our entire country.

Around the end of August 2013, word was that a Muslim boy in Kawal village had eve-teased a Jat girl, though the incident remains uncorroborated till date. Her brother and cousin, in an attempt to safeguard their sister’s ‘honour’, apparently killed him and were in turn allegedly lynched by an irate Muslim mob on the spot.

The men of both communities swore revenge. A congregation of Muslims did so after Friday prayers in Muzaffar­nagar town; thousands of Hindu farmers gathered in Nanglamandor village some 15 to 20 km away on September...