Young Indians are plucking gold at the CWG at will. Tougher challenges await them at August’s Asiad. 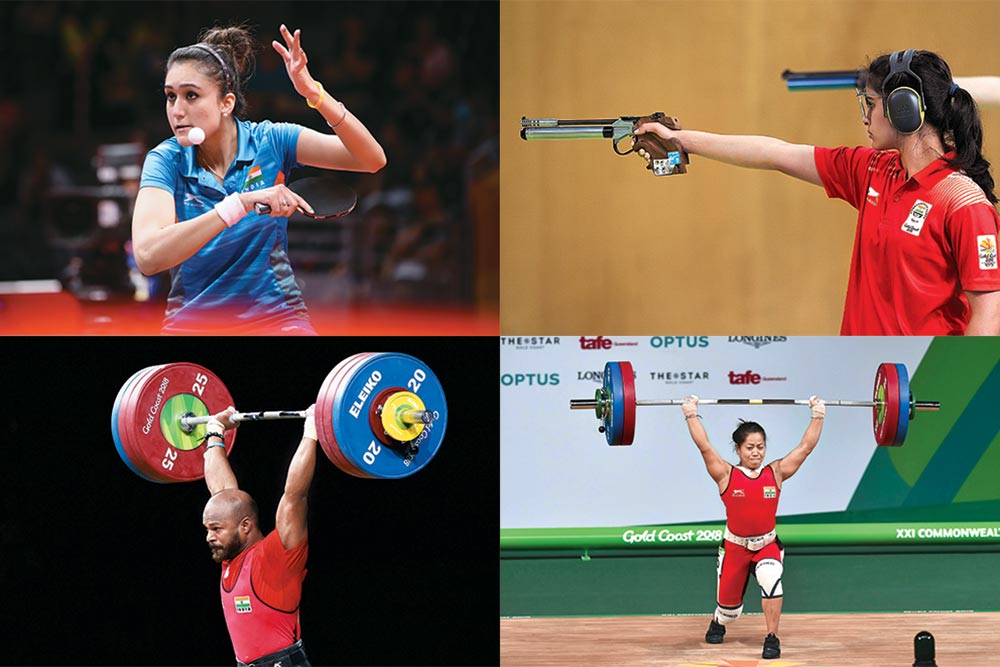 In the veritable deluge of gold-tin­ted performances from Indian athletes at the 2018 Commonwealth Games, spare a cheer for the gallant failure of Muhammed Anas Yahiya, who came fourth in the finals of the 400-metre race in Gold Coast in Australia. In a way, this was the latest occ­asion of prideful despair  for the Ind­ian fan—in the 1960 Rome Olympics, Milkha Singh had lost a medal by one tenth of a second in the 400 mts; and in the 1984 Los Angeles Games, P.T. Usha’s losing the bronze by one-hundredth of a second in the 400m hurdles was even more cruel. Yahiya is the only athlete to enter the 400 mts final in a CWG after Milkha did in 1958 in Cardiff. Nonetheless, he broke his own national record with 45.31 seconds.

Meanwhile, the Indian tricolour flies high at Gold Coast. As the 12-day event creeps towards a close, India is proudly placed at the third position in the medals tally—its 12 golds so far buoyed by a few pleasant surprises. The haul incl­udes nine medals from weightlifters alone, including five golden ones. And there is...