His Devdas and Hum Dil De Chuke Sanam were runaway hits. Will his new Rs 20 crore project, Black, too get the turnstiles whirring? 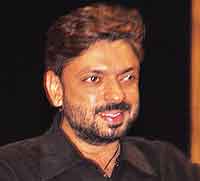 How did you zero in on Rani Mukherji as the heroine?
Because of her capacity to be normal like you and me. I saw she would be able to play the role without feeling the lack of star trimmings.

Feeling the lack of star trimmings?
The role required letting go of the norms of a popular heroine. Rani took it on without any fuss.

Then doesn't the Big B have excess baggage?
No. His simplicity of approach was touching.

What made you take on such an offbeat film at this time?
When Khamoshi failed, I waited till I felt that I had an audience of my own—then I made Black.

Explaining the role must've been difficult. How did you convey it to your actors?
If you can understand suffering, if you are compassionate, trying to be a better human being and can communicate this honestly—it gets through.

What did it teach you?
That I want...