The BJP’s stunning ten-fold growth in Hyderabad’s municipal polls sets off a counter-alignment on the other side, with TRS and AIMIM teaming up? What’s the deal, ask saffronites. 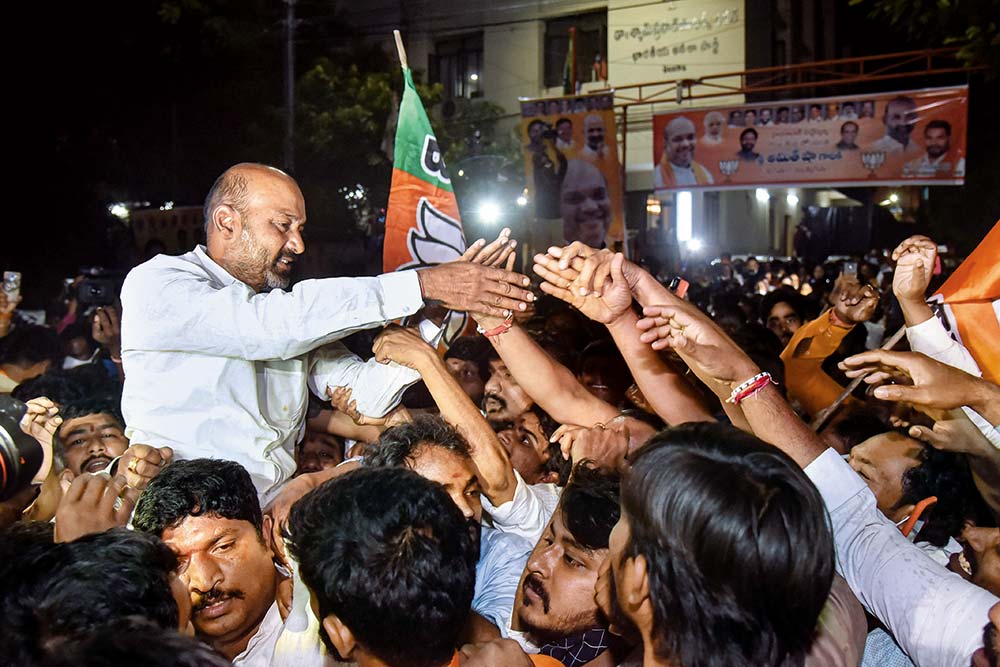 When senior BJP leader and former parliamentarian G. Vivek Venkataswamy said, “Meeru chesthe samsaram, memu cheste vebhicharama?”, he didn’t just mean, “If you do it, it’s justified and if we do then it’s wrong…” His words—almost a replay of over-the-top dialogues in Telugu films—gave context to the party’s spectacular show in the high-stakes polls to the Greater Hyderabad Municipal Corporation  (GHMC).

Last week, the saffron party caused a stunning upset  by winning 48 out of 150 wards in GHMC—a spectacular turnaround from its 2016 tally of four. Though the ruling TRS managed to emerge as the single-largest party with 55 wards, it fell short of the required 75 needed to retain the post of mayor.

As talk of a truck between the TRS and Asaduddin Owaisi’s AIMIM—which won 44 wards—swirled in the post-poll haze, the BJP alleged that chief minister K. Chandrasekhar Rao and the minority leader has already arrived at an understanding over a dinner meet, where they...