If we're unable to talk with the mentally ailing, there's something wrong with our faculties 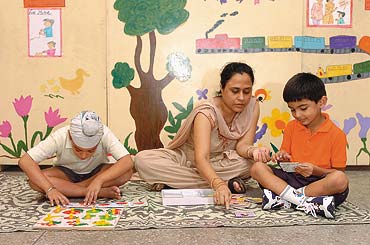 outlookindia.com
-0001-11-30T00:00:00+05:53
The misery caused by the mind can be as acute as a physical illness or disorder. Yet mental health has never received the importance it deserves in India. "There’s a tendency to grossly under-represent mental health in health statistics although 20 persons out of every 1,000 suffer from severe mental illness and four times as many from emotional disorders," says clinical psychologist Monica Kumar, one of the founders of Manas, a Delhi-based ngo working in the field of mental health.

Besides doing clinical work among those who can’t afford treatment, the team now hopes to create greater public awareness about mental health. The thrust is increasingly on community and educational programmes. Last month, Manas organised a mental awareness week that included...