Sabarimala Row: Can Sentiment Be Placed Above Constitutional Morals?

Rarely has gender been so central to a political battle 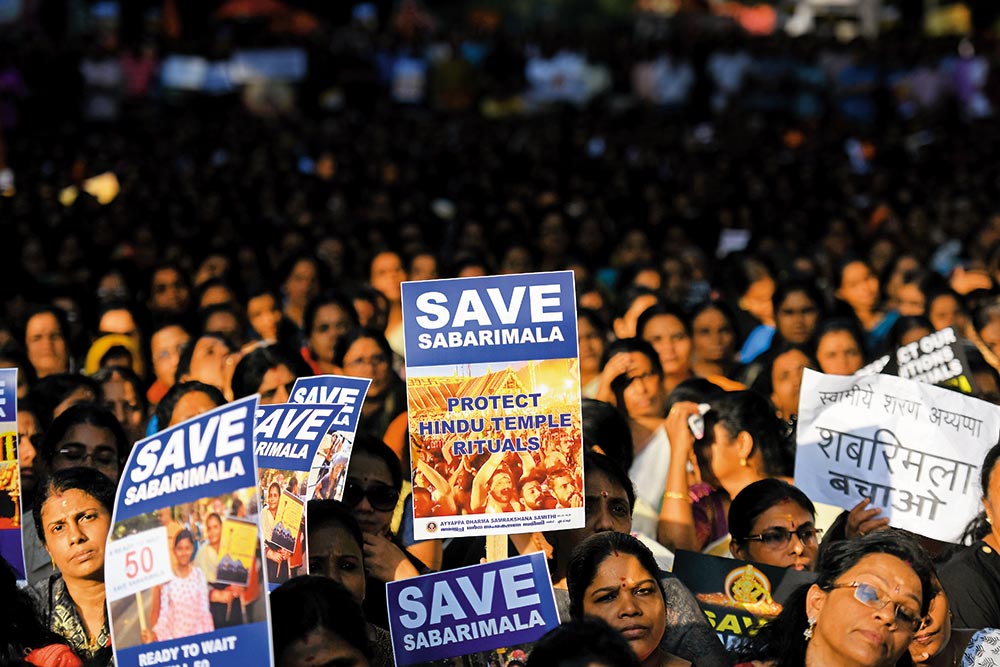 The majority verdict on a practice at the Ayyappa temple at Sabarimala—delivered by the constitutional bench of the Supreme Court—has triggered a big debate. While the CPI(M)-led Kerala government, backed by the party’s leaders, has been implementing the court’s orders, the judgm­ent’s impact has been at several levels. On one hand is the situation on the ground (see ‘The Other Mandir’), where a protest is raging to continue the ban on entry of women aged 10-50 into the temple, which the court held to be in violation of the fundamental right to equality. The RSS had initially welcomed the judgment, but later changed its stand—and the BJP led protests against the verdict along with its main rival, the Congress.

The constitutional bench overturned the Kerala High Court verdict that had banned the entry of women aged 10-50 since 1991. The majority view held that Ayyappa was not a religion or religious denomination under Articles 25 and 26 of the Constitution and, therefore, the practice of restricting the entry of...