Tirupati temple has always been a locus of conflict between the state’s political parties, but there have of late been rumours of the Sangh parivar trying to extend its influence over the temple. 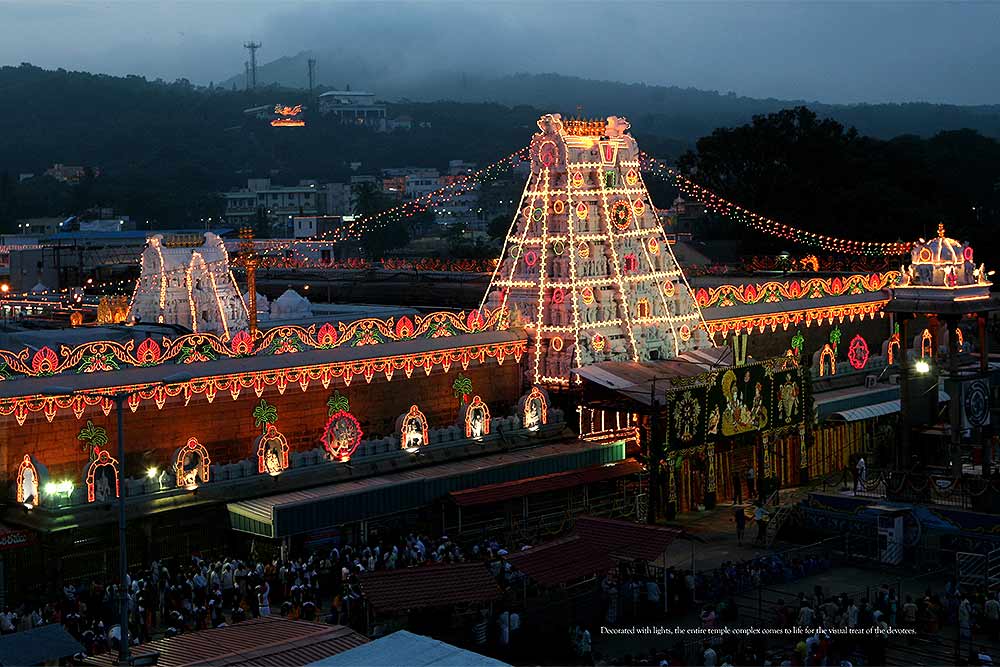 God, gold and government are an explosive mix at the best of times; add a spoonful of troublesome priest to the cauldron, and you have quite the drama of woe. The stage is Tirupati Balaji temple, set among the seven hills of Andhra Pradesh’s Chittoor district—one of the world’s richest shrines, as we are so oft reminded, where benevolent, bejewelled Venkateshwara, clad in 1,000 kg of gold, presides over an annual harvest of a little more than Rs 3,000 crore, while being visited by 60,000–70,000 devotees each day. The players? The politicians of the state, with chief minister N. Chandrababu Naidu at their head, and the Centre, the Tirumala Tirupati Devasthanam (TTD), which manages the temple, and former chief priest (and microbiology PhD) A.V. Ramana Deekshitulu—dismissed acrimoniously in May, and now flinging acrim­ony at the government.

The latest act centres around the TTD’s apparent decision to close the temple for six days in August for sampoksham, a ritual that must be conducted once every 12 years. The TTD is an...