Magic food machines, mood organs, cyborgs and Weasley-like cars! In this world, imagination is the only limit. 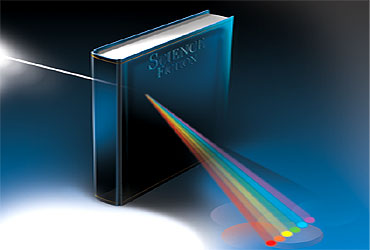 If Philip K. Dick had his way, you might wake up every morning with the help of a Mood Organ. This thoughtfully designed device would set your mood for the entire day, depending on all your (mundane or sublime) requirements. If you had an important meeting that day, it could make you masterful and confident. On the other hand, if it was a holiday, it could make you relaxed and happy. A whole lot better than that morning cup of tea—unless you put something in it. And how many of us do that?

Assuming that you’re now in the mood, the next step would be breakfast. It could go in a wide variety of directions, depending on which school of thought you belong to. If you’re a Dystopian ("The world is going to the dogs. Hear them bark!"), it’s likely to be...