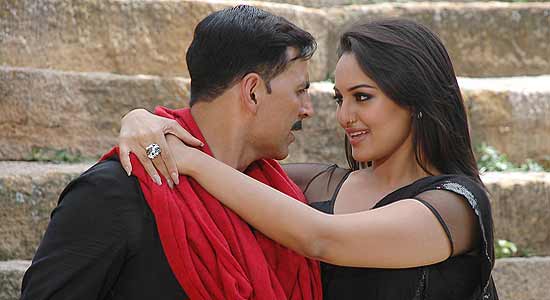 The promos of Rowdy Rathore had set the tone. Akshay Kumar in glares, moustache and cop’s uniform harked back to Salman Khan’s Chulbul Pandey in Dabangg. The film proves it. Akshay’s Rowdy does follow Chulbul’s footsteps in offering us a mix of action and comedy. He also manages to strike a popular chord with the masses, but falls way short of gaining the latter’s iconic stature.

The film is yet another of those Hindi remakes (like Ready and Wanted) of South Indian blockbusters, especially Telugu ones. But the change of place, setting, context and stars do not quite click. Rather, it jars. Everything appears souped up, be it the loud acting and dialoguebaazi, over-the-top humour, or...