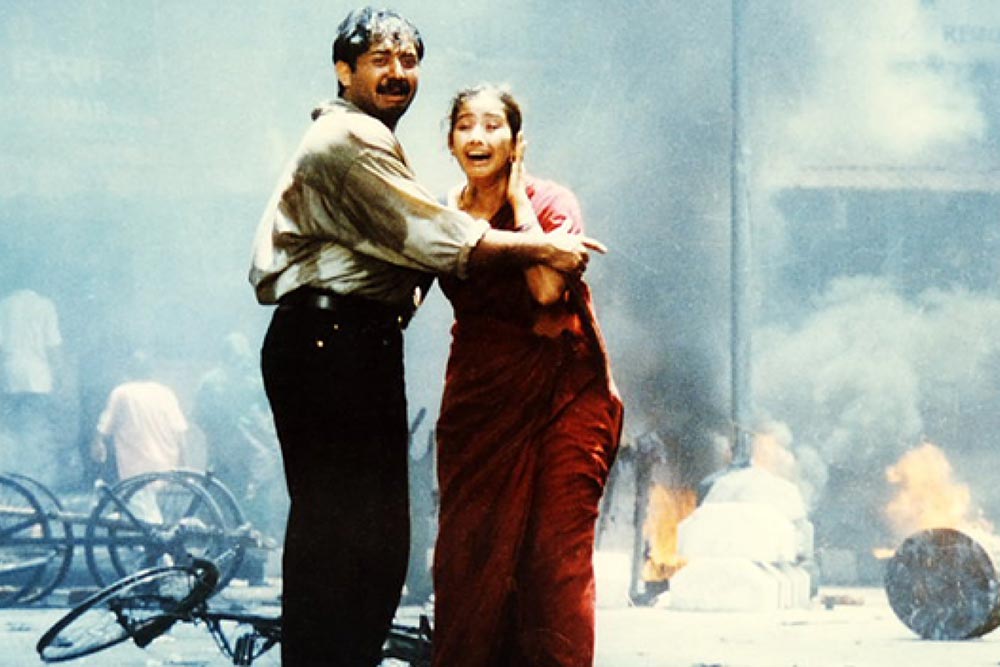 A still from Mani Ratnam’s Bombay

Ever since Mani Ratnam skilfully crafted a Hindu-boy-meets Muslim-girl-romance in the backdrop of the Mumbai riots in his 1994 epic, Bombay, Bollywood has never really tired of this theme, repeating it ad nauseam film after film.

But the latest film on the theme, Game of Ayodhya—scheduled to release this week amid mounting controversy—seeks to reprise the same old tale in a new package, drawing heavily from the report of the Liberhan Commission, which was set up to probe the Babri Masjid demolition in 1992.

A judicial commission report may not usually interest an ­average filmmaker per se, but the 1,029-page tome submitted by Justice (retd) M.S. Liberhan to the central government in 2009 has inspired a politician-turned filmmaker from UP to make a feature film that mines recent political history for drama.

Produced and directed by Sunil Singh, Game of Ayodhya, starring Makarand Deshpande, Aroon Bakshi and Singh himself, in pivotal roles, is scheduled to release on December 8, two days after the 25th anniversary of...