JNU is held to ransom by a few denationalised leftists 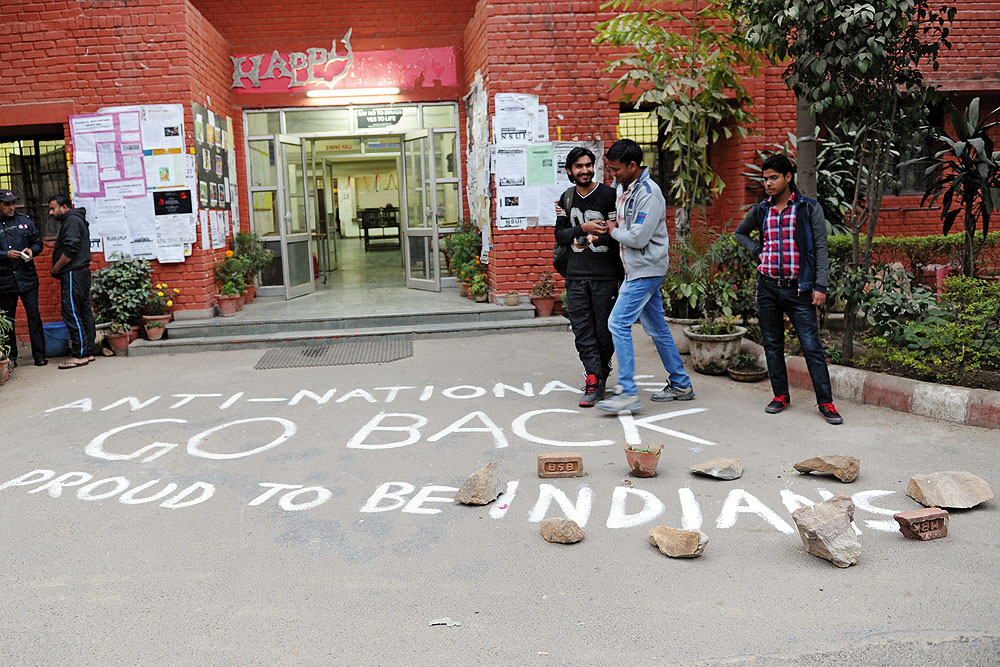 Isn’t JNU the only university that makes news for assaults on soldiers and for glorifying traitors? Those who got ideologised in Britain and backed the British war effort during Quit India in 1942, and had trouble backing India during the 1962 war with China, they were seen helping those who assaulted Indian sovereignty the day the nation was mourning the death of brave Siachen soldier Hanumanthappa. The irony couldn’t have been more cruel and demeaning. When ‘Jai Hind’ was on our lips and eyes moist for our martyrs, they were shouting slogans like ‘Bharat ki barbaadi tak jang chalegi’ and ‘Har ghar se Afzal niklega’.

A section of the media that uses the army for a cosmetic show of affection for the forces has also joined the left-supported thugs. One channel showed the faces of JNU alumni and asked ‘Are these anti-nati­onals?’ As if speaking against a group of terror-supporters means assaulting the university. None but these very left ultras working to violate the Constitu­tion are demolishing the...