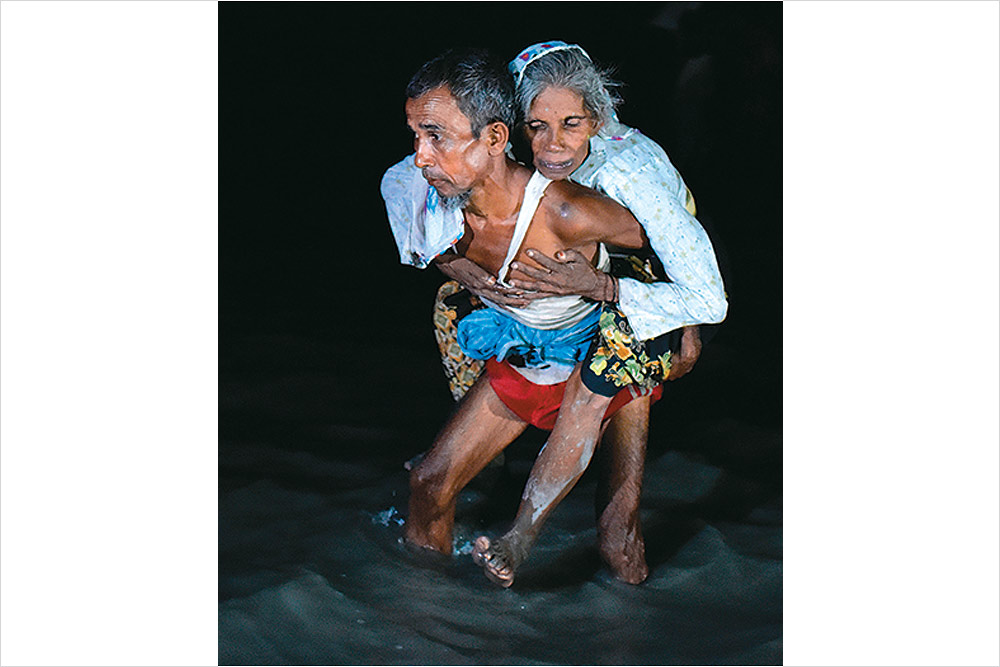 Dark Hour
An aged Rohingya pair gets down from a boat on the Naf bank
Photograph by Alamy
Bharat Bhushan February 02, 2018 00:00 IST Ripples Turn Into Waves

The Bangladesh government has put the repatriation of nearly 7.5 lakh Rohingya refugees from Myanmar on hold by a month bec­ause of protests in the refugee camps and international pressure against a hasty deal. The rep­atriation process follows from a bilateral “arrangement” signed by Bangladesh and Myanmar in November last year to send back the Rohingyas crossing into Bangladesh after October 2016.

Two refugee leaders or majhis, who favoured repatriation, have been murdered in the refugee camps in Cox’s Bazar. Those whose names they had put on a repatriation list are being blamed. The fact remains, however, that Ban­g­ladesh has neither the financial res­ources nor adequate public support to host the refugees for long.

Myanmar on its part has claimed that it was ready to receive 1,500 Rohingyas per week after verification of their resident status. Being ready may not mean much more than corralling the returning Rohingyas into ‘transit camps’. The government has made no promises to return or compensate property lost...