Hers is a name associated with a murder. Even in jail, Indrani Mukerjea is as flashy and irksome as ever. 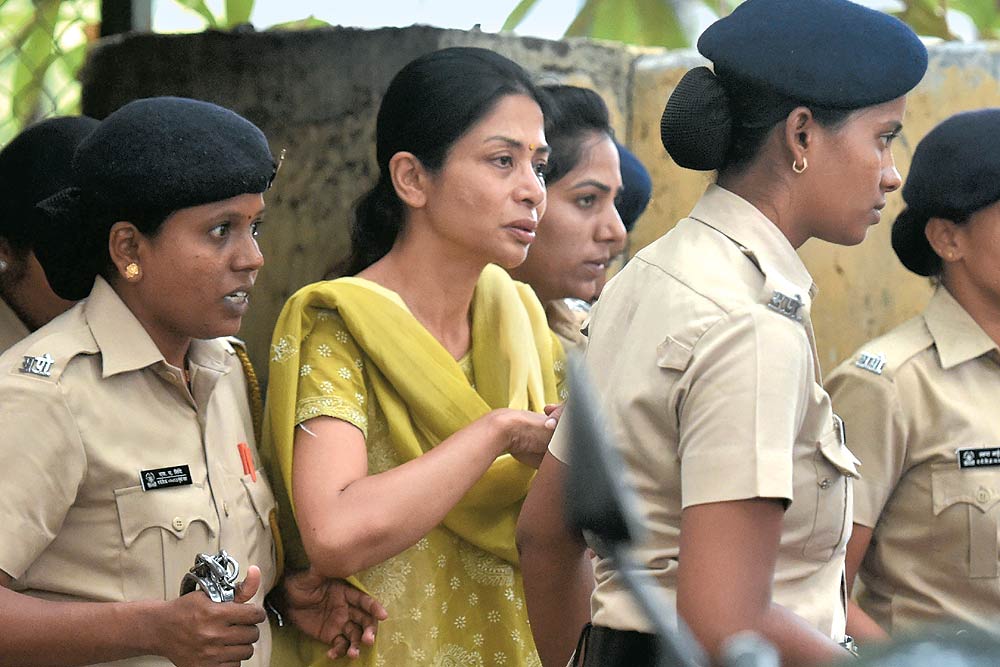 In a verandah at the city civil sessi­ons court, Indrani Mukerjea is surrounded by women constables, who try to prevent journalists from spe­aking to her through the sliding grills. The 44-year-old former ­media head honcho sits with a pile of pap­ers—she is bespectacled, neatly dre­ssed in a reddish salwar with beige dupatta, and her hair has been recen­tly coloured. Seen just outside courtroom number 51, the accused in a high-profile case is composed, open to conversing, and even engages in small talk. Only that the police snap the chatter when the subject strays on to a more recent dev­elopment: the death of fellow inmate Manjula Shetye.

It’s July 4 and the trial proceedings in the Sheena Bora murder case have resu­med after a gap of four months. At the back of the courtroom, Indrani is sitting with her ex-spouse Sanjeev Khanna (who is an alleged accomplice in the case) and her husband Peter Mukerjea (from whom she sought divorce earlier this year). Amid the infrequent chat, they find it hard to listen to the barely-audible...