The presidential election is perhaps a dead rubber for the Opposition. But the game becomes an experiment in unity. 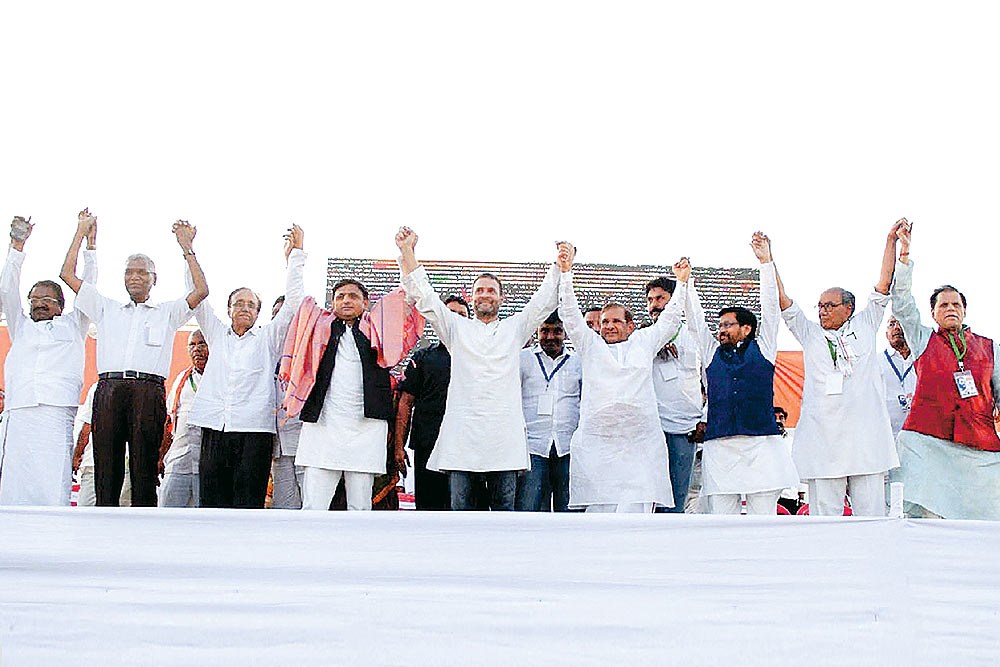 It’s no longer ‘unity in struggle’ but ‘struggle for unity’. The first has the feel of a lapsed slogan from a long-gone age, the second represents the new upper ceiling of ambition for India’s opposition. At a time when the BJP army’s hoof marks are tracing an ever-larger map, evoking the kind of awe a Mongol horde may have done once, what is a dispirited opposition to do? Well, with the inevitability of def­eat almost cast in stone, they have opted to use the occasion as a mock exam, a laboratory from which someth­ing useful for the future may perchance emerge. From their scattered pockets of resistance, they are talking to each other, negotiating, working on a prototype for a united alternative front.

It’s a daunting bit of political engineering, entangled as many of them are in webs of mutual rivalries. Political logic dictates that getting all hands on the deck can at best be for a one-off performance, not an enduring relationship. Still, a marathon exercise is going on to overcome the layers of inter- and...