It’s not wrong to compare the farmers’ march to the Dandi March, but both drew on a tradition of peaceful protest harking back to the Shantiparva 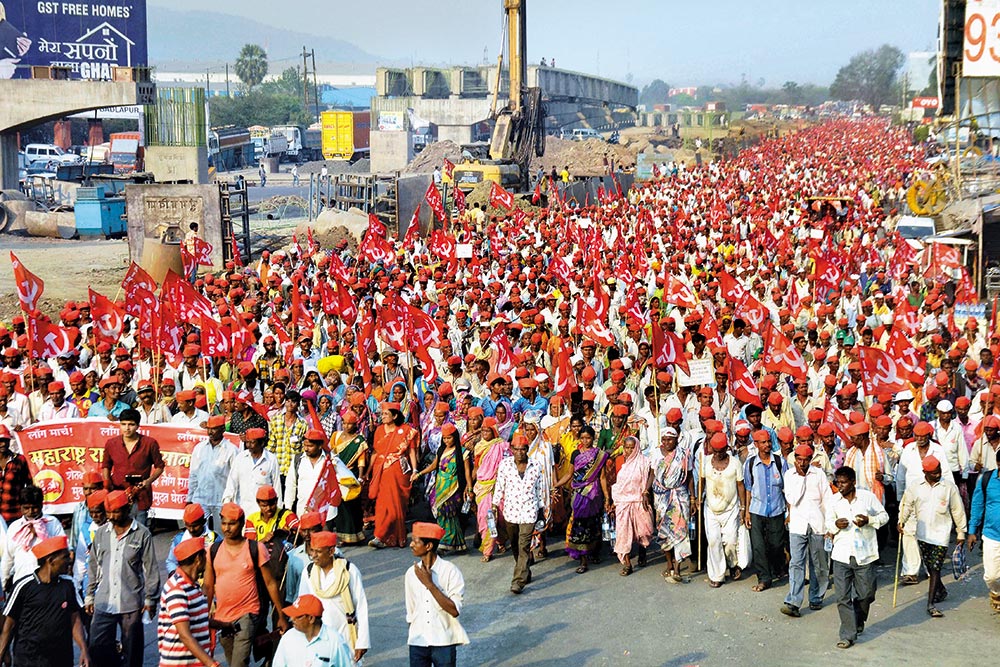 Peaceful protests succeed. Violent ones are put down with even greater violence. That was proven once again by the positive results we saw as the marginal tribal farmers from Nashik and Thane division trudged tow­ards Mumbai in March 2018. Not only did they succeed in forcing the government to unconditionally accede to all their demands, they even managed to win the hearts—and support—of city dwellers who are normally indifferent to their problems. The sight of over 30,000 farmers walking in tattered footwear, in the blazing sun and mindful of not creating trouble for the localities through which they passed, was sufficient to gain popular support. Even more appreciated was the farmers’ constant refrain that their protest did not concern politics or ideology and was entirely concerned with making the government give them their long-pending, rightful dues.

Many people were reminded of Gandhi’s Dandi March. The difference is that Gandhiji had designed the Dandi episode carefully to be a photo-op for foreign journalists who could then help him...