Right To Free Practice Of Religion | 'Under Modi Govt, Muslims Find Themselves Weak'

"I don’t like tea ever since I had to sell my cow out of fear that anyone seen with one these days can be killed. My tea used to be made with its milk.” 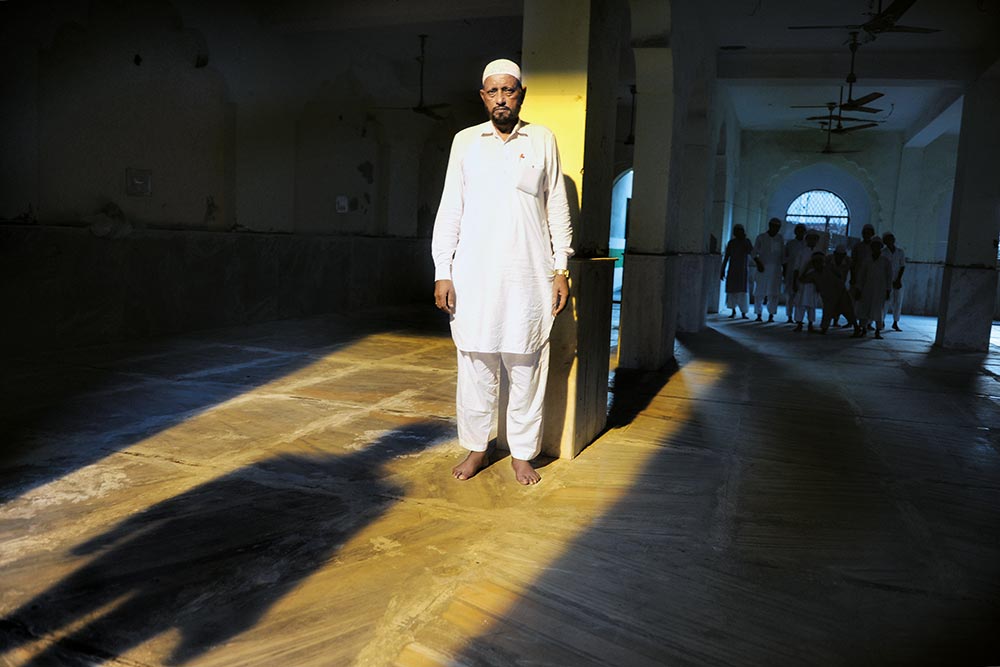 You may not miss the vestigial aggression in 73-year-old Yameen Khan’s voice even if the body is refusing to keep up. He must have been quite a toughie in his salad days, but is mellow as he recounts, sitting in his house in Delhi’s Nihal Vihar, the sequence of events that transpired on Bakr-Eid, August 22. “We sacrificed buffaloes in the mosque premises, as has been the norm for the past several years. We had police permission and a policeman was also stationed outside. Later, at the time of the evening prayer, a 300-strong mob gathered outside the mosque, accusing us of slaughtering a cow,” says Khan, who, along with his six sons, is engaged in furniture and property business.

The local MLA who tried to intervene was also threatened. The mob dispersed when the police arrived, but returned thrice bigger during the next prayer, later in the evening, raising slogans and all­egedly pelting stones. “Eid kahaan, Moharram (month of mourning in Shiite Islam) ho gaya,” says Khan, sipping tea in a living room with its red...