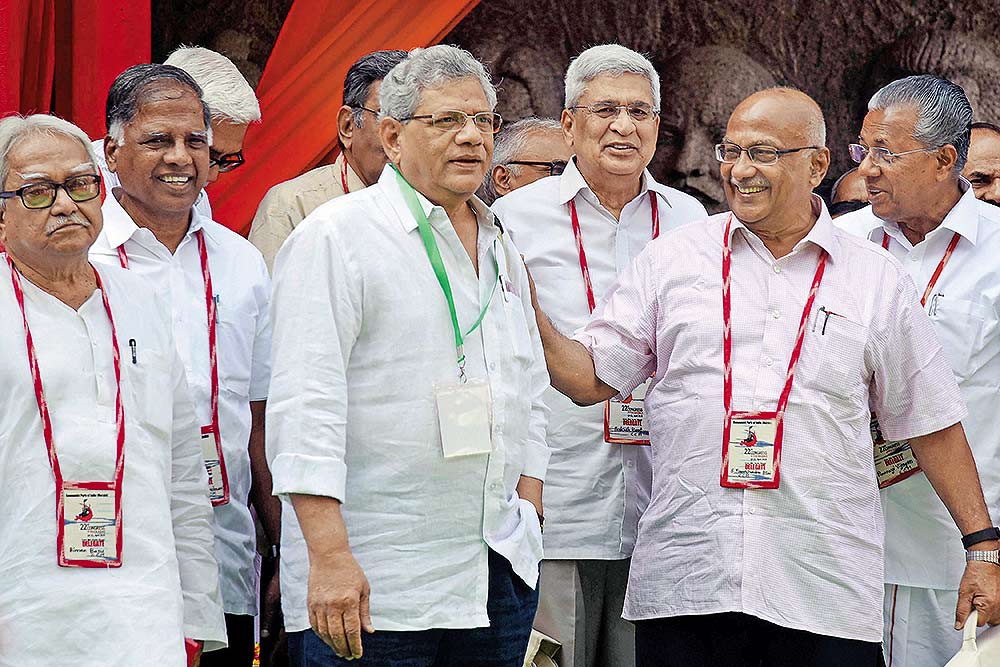 When the challenge posed by the adversary is tough, even seemingly inflexible ideolo­gical ‘lines’ can be bent. On the very first day of its party congress held in Hyd­erabad from April 18 to 22, the CPI(M) amended the political resolution it had adopted in its central committee meeting in January in Calcutta. In the party’s 54-year history, this was a first and it marked an urgency, according to some Bengal Communists. Speaking to Outlook after the party congress concluded, former CPI(M) central committee member  Gautam Deb says it’s “the need to set things right without further delay”.

Deb was among those to have supported general secretary Sitaram Yechury’s proposed draft during the Calcutta meeting, which advocated working with other secular democratic parties, namely the Con­gress, in order to fight the BJP. In fact, most of Bengal’s CPI(M) leaders were fav­ourably disposed towards this argument, known as the ‘Yechury line’. In the January meeting, it was rejected outright. Three...