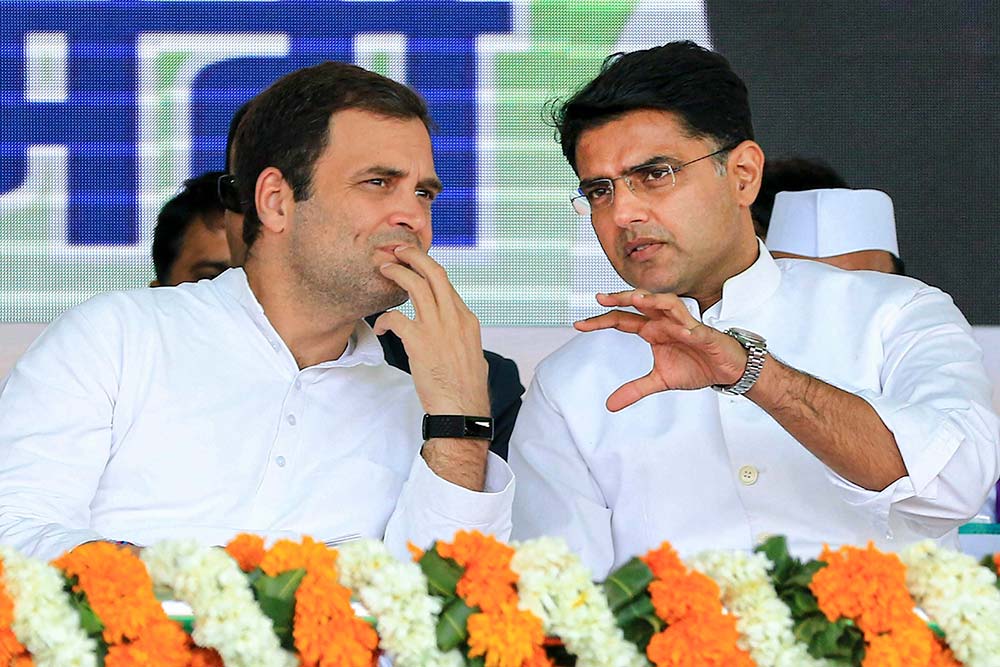 The suspense over the survival of the Congress-led Ashok Gehlot government ended on August 10 after former party president Rahul Gandhi and his sister, Priyanka Gandhi Vadra, placated renegade leader Sachin Pilot. The end of the rebellion by Pilot and 18 Congress MLAs loyal to him came exactly a month after they put the Gehlot government’s stability in question, giving the BJP hope to repeat the power grab it had effected in Madhya Pradesh with the help of Jyotiraditya Scindia in March.

Though Priyanka played the key troubleshooter in the entire saga, it was Rahul who put his seal of approval on Pilot’s turnaround. Gehlot too assured party president Sonia Gandhi that he would accept whatever decision the high command finally takes. Congress general secretary K.C. Venugopal said Pilot and Rahul “had a frank, open and conclusive discussion” and that the rebel leader “committed to working in the interest of the Congress” and the government in Rajasthan.

For the past 30 days, as the state battled an escalating coronavirus pandemic,...