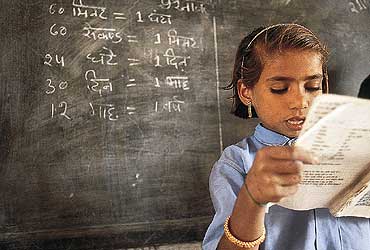 outlookindia.com
-0001-11-30T00:00:00+05:53
It took an economic crisis in 1991 for India to discard decades of disregard for accelerated development. However, save the initial phase of reforms, attempts to transform the economy have been incremental. India's long-term gdp growth improved only marginally from slightly over 5 per cent in the '80s to a little over 6 per cent in the '90s. In agriculture, there has been a decline.

Any incremental effort that results in single-digit growth rates will be lost in the underlying huge population denominator. India has to leapfrog, double her economic growth rate from 6 per cent to 12 and sustain it over the long term. There is a general consensus among policy planners that during the next phase of reforms, issues related to infrastructure, public sector disinvestment, fiscal deficits and subsidies have to be overcome. These are, no doubt, critical.

However, I would like to go beyond these measures and place emphasis on the social renewal of India. It is time that reforms in India are viewed in a larger socio-economic context.

Education would figure at the top of my...