Pakistan’s unusual attack on Indian army posts stirs civil society in J&K. Srinagar is for reconciliation, but the hawks across the LoC have no such intention. 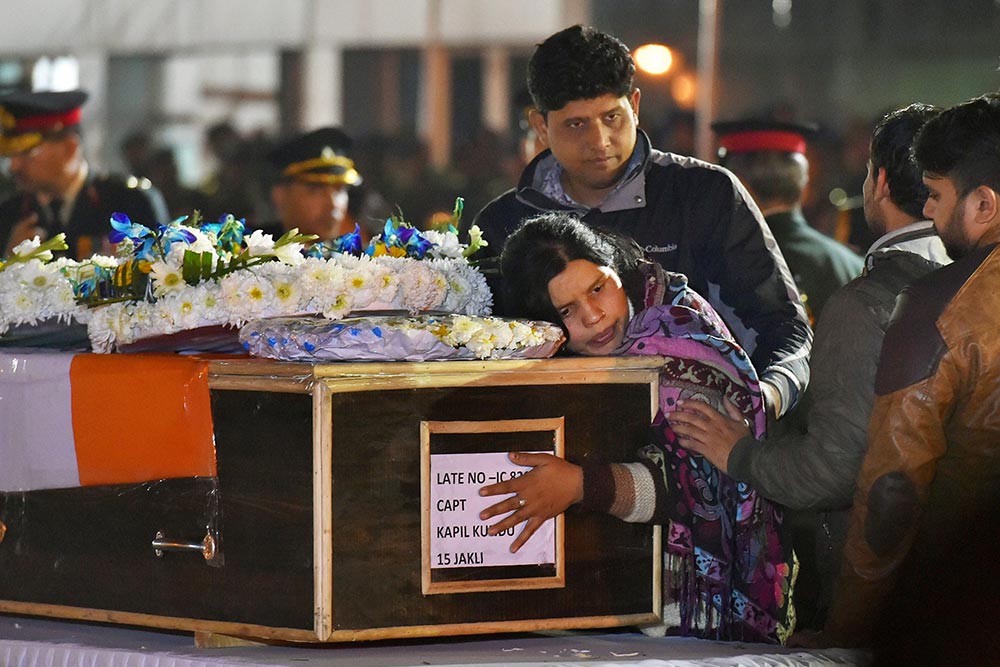 In Mourning
Sister of Captain Kapil Kundu, who was killed along LoC on February 5
Photograph by PTI
Naseer Ganai February 08, 2018 00:00 IST Red Response To White Flag

For the first time in recent times, exchange of fire between troops on both sides of the Line of Control and the International Border (IB) in Jammu and Kashmir saw India expressing anxiety over Pak­istan using missiles to target its military posts. On February 4, the army said its western neighbour initiated unprovoked and indiscriminate firing of small arms, mortars and missiles in Rajouri area’s Bimbar Gali sector, killing four uniformed men. It also spoke of giving a “befitting response”.

Tension gripped the LoC in Rajouri and Poonch sectors along Samba, Arina and Kathua sectors of IB in Jammu, as ceasefire violations from across the border increased, forcing civilians to move to safer places. Some 85 schools in the two sectors were closed. According to locals, the villagers living close to the LoC in Rajouri are moving towards safer places, fearing a rise in shooting and shelling.

The army says Pakistan had that Sunday used missiles to target the army post, which killed a captain, two riflemen and a havildar. The Pakistan army, it says,...