Red Ants In A Line

That’s what the Kisan Long March would have looked like from a south Mumbai tower. How did they get there? A key organiser winds back. 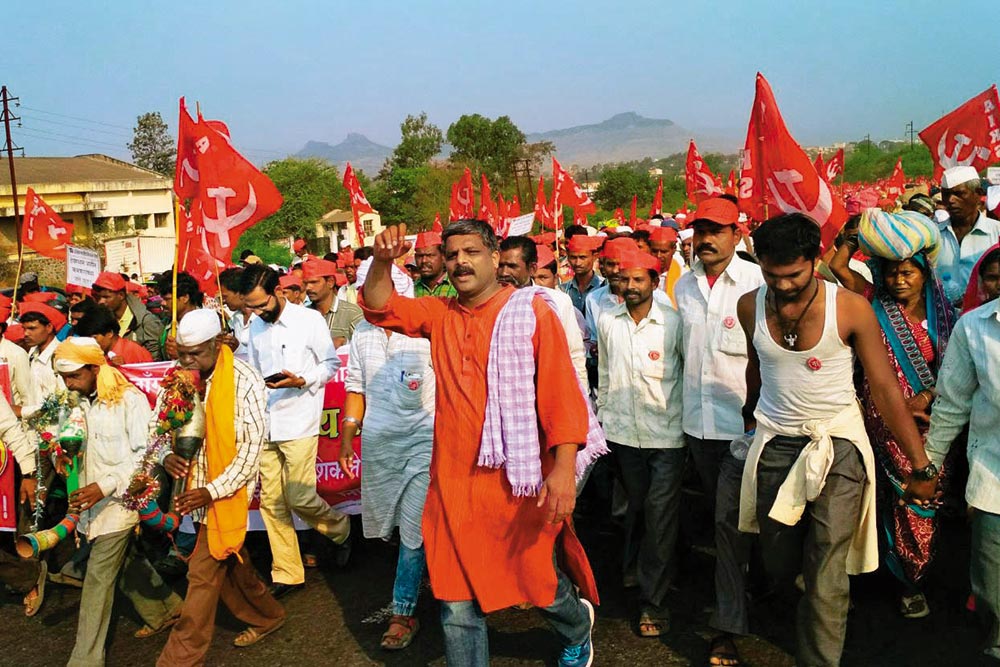 The vineyards of Nashik clothe northwest Maharashtra’s semi-­arid expanse in colours subtly contra­sting with the lush greenery of his native village in Kerala. It has a name with reson­ance—Karivellur hosted a Communist uprising in 1946, three decades bef­ore Vijoo Kri­shnan was born. This part of Malabar is where peasants had formed a pio­neering Karshaka Sangham as far back in 1935. That was a year prior to the founding of the All India Kisan Sabha (AIKS), the national-­level farmers’ organisation with which the agrarian economist works these days.

Vijoo, 44, is the joint secretary of the AIKS, which is also the farmers’ wing of the Communist Party of India (Marxist). Keeping alive its anti-feudal spirit, the AIKS scored a rare victory with its ‘Kisan Long March’ this month. Rou­ghly 40,000 men and women of all ages—visibly from the weather-beaten sections of society—walked for six days, 180 km, all the way from Nashik, on one edge of the Deccan plateau, to Mumbai. Wearing the marks of their...