A scent of feminism, but moral lynchmobs kill it Updates 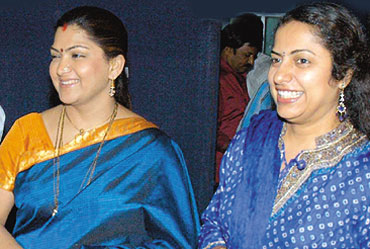 It was another show of chappals and brooms in Tamil Nadu. Actress Khushboo faced these symbols of ‘Tamil culture’ in September, and now, it is the turn of Suhasini Mani Ratnam. At a film festival, Suhasini—an ’80s star who now anchors Ladies Junction, a feminist TV programme—dismayed over how Khushboo’s views on safe pre-marital sex in the context of HIV and AIDS were misinterpreted, expressed solidarity with Khushboo. She wondered if the Tamils had developed horns and apologised to Khushboo on their behalf. A moved Khushboo hugged Suhasini. "But given that Suhasini too had to apologise for ‘hurting the sentiments of Tamils’, it seems they are indeed horned creatures," says a filmmaker not wishing to be named lest he be thrown out of the state for being a ‘non-Tamil’.

Political parties like the S. Ramadoss-led Pattali Makkal Katchi (PMK) and the Thol....