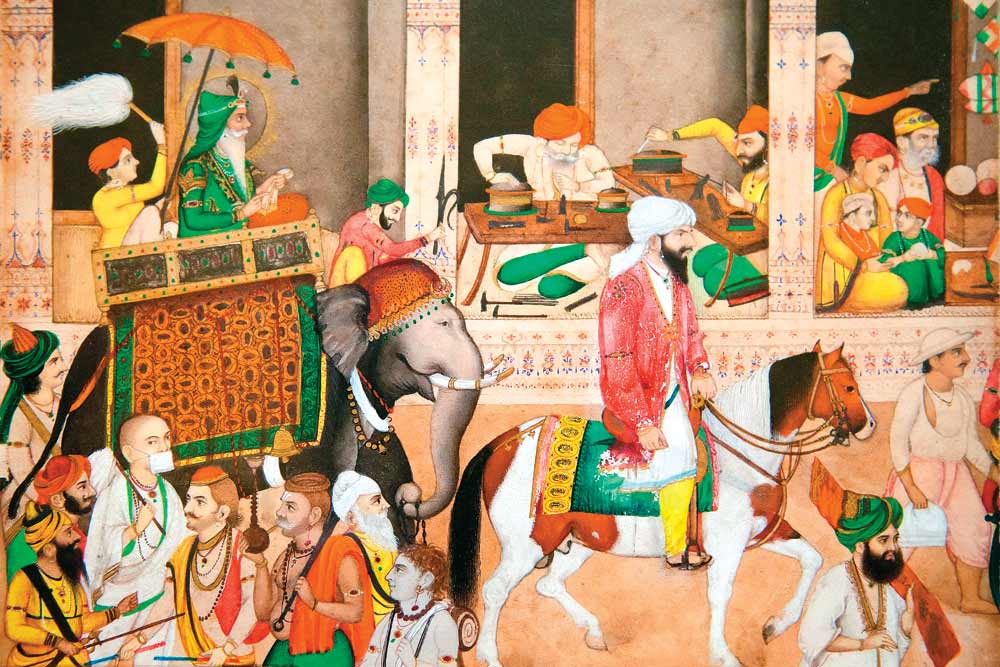 Royal Stroll
A painting of Ranjit Singh in the ­bazaar, at the Ashmolean ­Museum, Oxford

The great maharaja of the Sikhs was, in general, a man of unassuming tastes. A diminutive figure with a pockmarked face, he reminded one British observer who saw him in old age of ‘an old mouse, with grey whiskers and one eye’. He dressed in simple white robes and rarely took pains with his appearance. He did, however, love the Koh-i-Noor with a rare passion and wore it on all public occasions.

It was during his reign that the Koh-i-Noor first began to achieve real fame and gained the singular status it has retained ever since: up to this point, as a possession of Nader Shah and his Durrani successors, it had always been worn as part of a pair along with the gem known to the Mughals as the great ruby of Timur, to Nader Shah as the Eye of the Houri and to the Durranis as the Fakhraj. Now the Koh-i-Noor was worn alone, quickly becoming a symbol of all Ranjit Singh had strived for and the independence he had fought so hard to achieve.

It was not just that Ranjit Singh liked diamonds, and respected the stone’s vast monetary value; the gem seems to have...