As the release of Saawariya draws near, all eyes are on Raj Kapoor's grandson 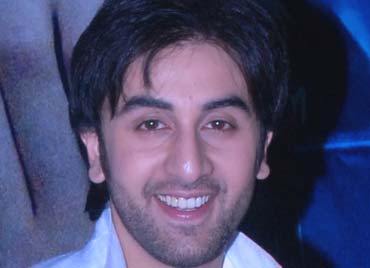 Mr Bhansali was working on 3 films, one day he showed me the script of Saawariya on his laptop. I was so overwhelmed about the role in my first film that I hugged him.

Were there any offers before Saawariya?

Yes, plenty. I was in an acting school in America and a fan of Mr Bhansali’s films. I used to ask myself why isn’t he offering me a film. When I returned, I asked him to let me assist him and he said: why, when you have ‘actor’ written all over your face.

And today how many films have you signed?

None. I’m listening to a lot of scripts but haven’t decided yet.

How does Saawariya look now?

My dad saw it last night and liked it very much. That’s a great relief for me because dad’s just so straight about speaking his mind and he wouldn’t mince words if he didn’t think much of it. I was dreading his reaction actually.

Is the Kapoor name too heavy a baggage for a newcomer?

It’s not so much baggage as...