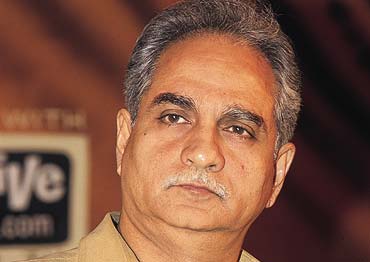 Rohan (my son) met with Warner, they liked Sridhar Raghavan’s script, we sealed the deal.

Why is the film called Made in China?

It’s an attractive title—it’s an action comedy and Made in China is a label—that’s why.

So, it will be shot in China.

Yes, they have a local Warner office and a huge studio there.

Yes, with a lot of racy moments and light comedy, romance...and all that exotic stuff but a very today’s film. It’s exciting getting together with Warner and once the association is established other things are bound to happen.

But it’s purely a Hindi film?

Yes, yes but with Warner distributing worldwide we have the opportunity to get to a bigger audience. Warner is interested in getting into India cinema so this is their foray. Hopefully we’ll do other things, bigger things but it’s big enough by itself.