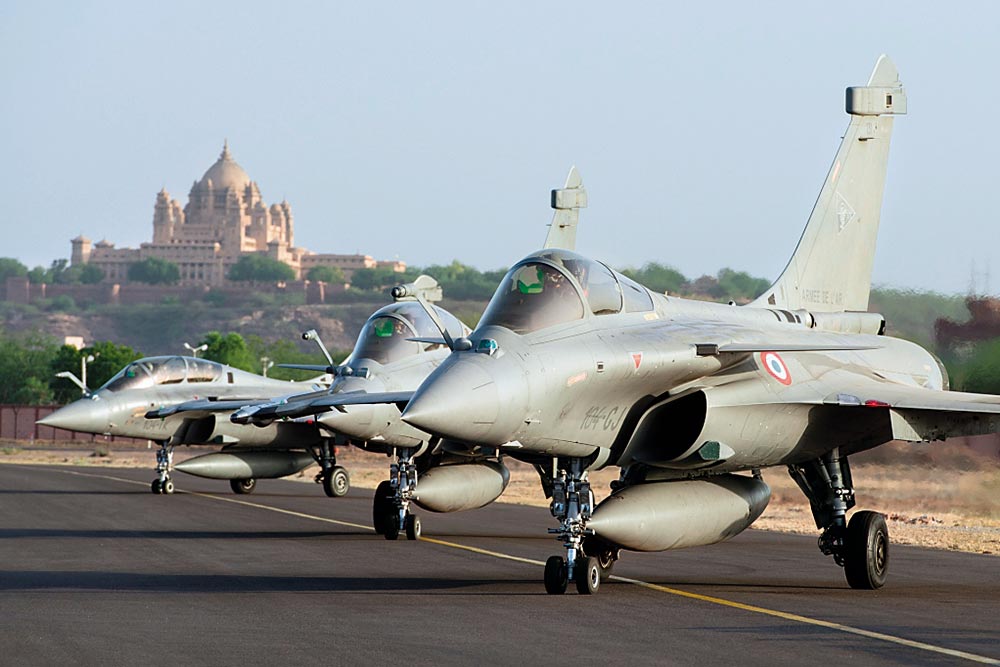 The pre-election political slugfest between the two major political parties on the Rafale aircraft deal inv­olves a cacophony of narratives being sold to the less-informed prospective voters, even as the truth is getting buried. A good weapon platform, bought after a gruelling and technically sound selection process followed by both the UPA and the NDA governments, is being sullied at the cost of national pride and honour. It is time for professionals to step in and put things in the correct perspective. It is important to understand the differences between the deal the UPA was pursuing but could not complete, and what the NDA has signed.

It was in 2001 that the Indian Air Force (IAF) first app­roached the government for 126 fighters to fill the gap bet­ween the Light Combat Aircraft (LCA) and the Su-30 MKI. When the procurement process for Medium Multi-Role Combat Aircraft (MMRCA) got rolling in 2007, it was stated that 18 aircraft will be bought outright and 108 will be built by the Hindustan Aeronautics Ltd (HAL). The six contenders were Boeing F-18 and...