Criticism is the lifeblood of a healthy democracy, provided it is constructive and decent. But this is vicious attack. 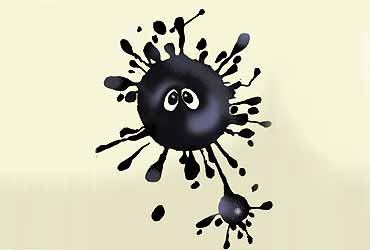 outlookindia.com
-0001-11-30T00:00:00+05:53
The culture of intolerance seems to be the new virus spreading these days. Till a decade ago, intolerance was confined to the lunatic fringe. Now it seems to be seeping into the mainstream, leaving in its wake a swirl of victims that include liberals, minorities, dissenters and conscientious objectors. Victims are not oddballs, non-doers and nitpickers, they include some of the country's best writers, historians, journalists, artists, bureaucrats and politicians—including no less than the PM. The recent attacks by some rabid right-wing rabble-rousers against Vajpayee and Advani were shockingly personal and vituperative.

A new bigoted mindset appears to be replacing the old liberal outlook. Now the battle-lines are drawn—it's us versus them. If you are not with us, you are against us and that makes you an enemy. In which case, you will be the target of a blitzkrieg. Attacks are vicious, vindictive, vile. Reputations are shredded, businesses mauled, threats issued, whispering campaigns unleashed. It is a brutal but shadowy war, waged through innuendo and dirty tricks. A...