'Quotas Are A Craze Now' 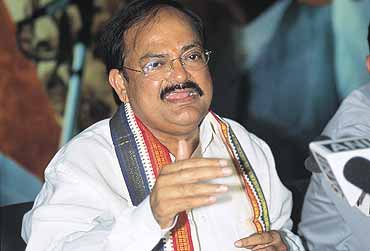 outlookindia.com
-0001-11-30T00:00:00+05:53
The Congress has stolen a march over the BJP by being the first to demand quotas for the upper castes.
If the Congress is so keen on it, they should have done it 55 years ago. We first raised this demand and passed a resolution in 1984. At that time there was no election and no agitation. Now, there is a craze for reservation in the country. They (the Congress) are responding to an agitation because elections are coming.

The Congress says that by setting up a national commission to examine the merits of upper caste quotas, instead of bringing a constitutional amendment bill, you are dilly-dallying.
It is easy to make demands. But this is a highly complex issue. The distribution of upper castes across the country varies. There are literally hundreds of sub-castes. We also have to keep in mind the Supreme Court judgement on the issue. That is why we don't want to rush into a constitutional amendment. The commission will examine the merits and also the nitty-gritties of implementation.

The Constitution says reservation is meant for the socially...