Sikh groups, women take umbrage at idea of having a Gandhi statue at Westminster 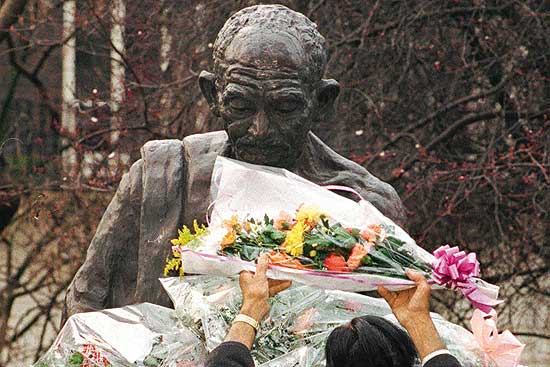 In bronze, as in life, it seems Mohandas Karamchand Gandhi is causing storms in the United Kingdom. In what seemed to be a fairly obvious, if borderline obsequious, gesture of friendship on a recent trade mission to India, the British chancellor of the exchequer, George Osborne, proposed that a statue to Mahatma Gandhi be erected outside the British Parliament at Westminster in London.

The figure will join a long list of luminaries standing around the buildings representing the world’s oldest parliamentary democracy. The area has no less than 12 statues immortalising figures from domestic and foreign history, among them distinguished British prime ministers like Benjamin Disraeli and Winston Churchill and international figures like Abraham Lincoln and Nelson Mandela.

One of the main objections has been whether public funds should be used for such a venture. After all, there’s already a statue of Gandhi at Tavistock Square, just two miles from Parliament. Another objection is whether Britain does not have an icon from its own history to instal a statue...