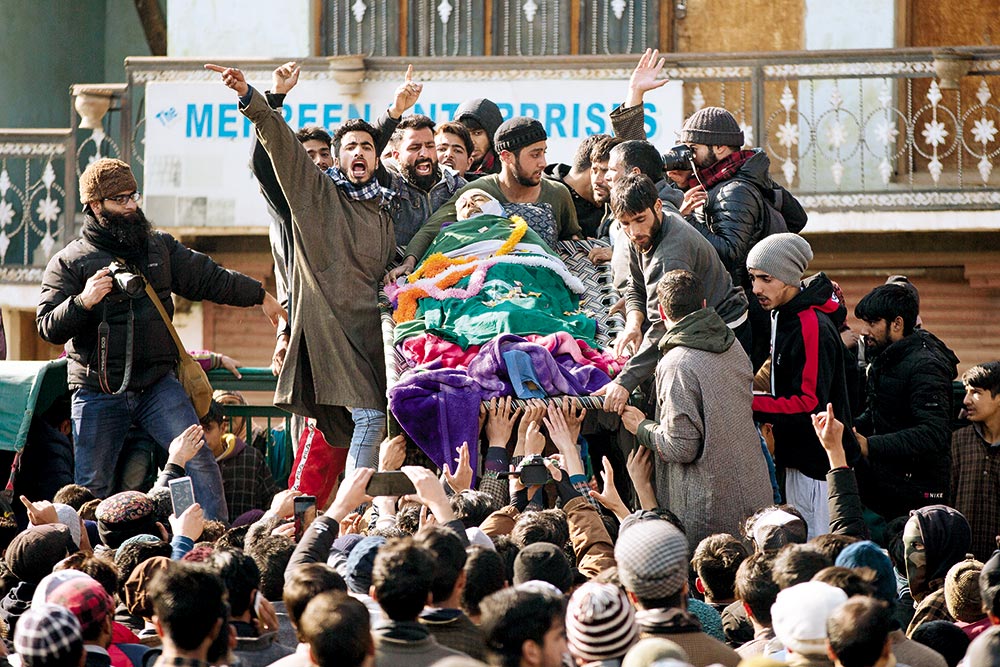 The gunbattle started at 8 am and lasted only 15 minutes, say the villagers of Kharpora, in J&K’s Pulwama district, recalling the morning of December 14 that saw three militants and seven ­civilians dead. The army too lost a soldier. “The army took my two sons and two of my neighbours along with them, and used them as human shi­elds during the encounter there,” says retired teacher Abdul Khaliq ­Najar, pointing towards the paddy fields adjacent to the village.

It was after the gunbattle was over that the forces fired at protesters, claim villagers, pointing out the spots where the seven civilians were killed. They dismiss as a lie the accusation that a large stone-­pelting mob attacked the forces, who then fired in retaliation. “Even if a few boys threw stones at the army, they could have fired at their legs. But they fired to kill,” says Najar. The villagers instead accuse the forces of “punishing” civilians in south Kashmir for the low turnouts in the recent panchayat and urban civic body elections. “Not...