Everybody loves a good gossip, and none more than politicians—it keeps 'em going 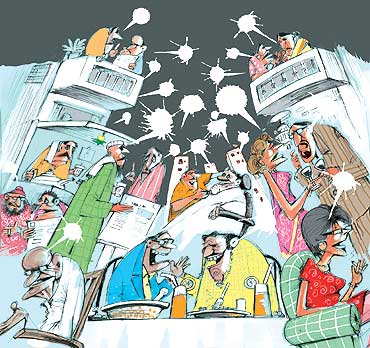 Why Gossip Is Good

Ashis Nandy, Political psychologist
"Gossip is a form of self-expression...(otherwise) frowned upon in authoritarian regimes. That is why it flourished during the Emergency, in Pakistan under Zia’s rule and now in Singapore. In Nehru’s time there was a kind of self-imposed censorship—people gossiped, didn’t dare to publish it. It gives a human touch to news but, at that time, it was seen as too trivial."

Mukul Kesavan, Writer
"Great movements are buoyed and moved by gossip. Virtually all institutional conversation—in universities, in government and in corporate offices—is gossip if we count the airing of speculation and anxiety about prospects, superiors and peers as gossip. The first gossip column I read (and the last) was Neeta’s Natter in Stardust."