BSY could bring back BJP the votes 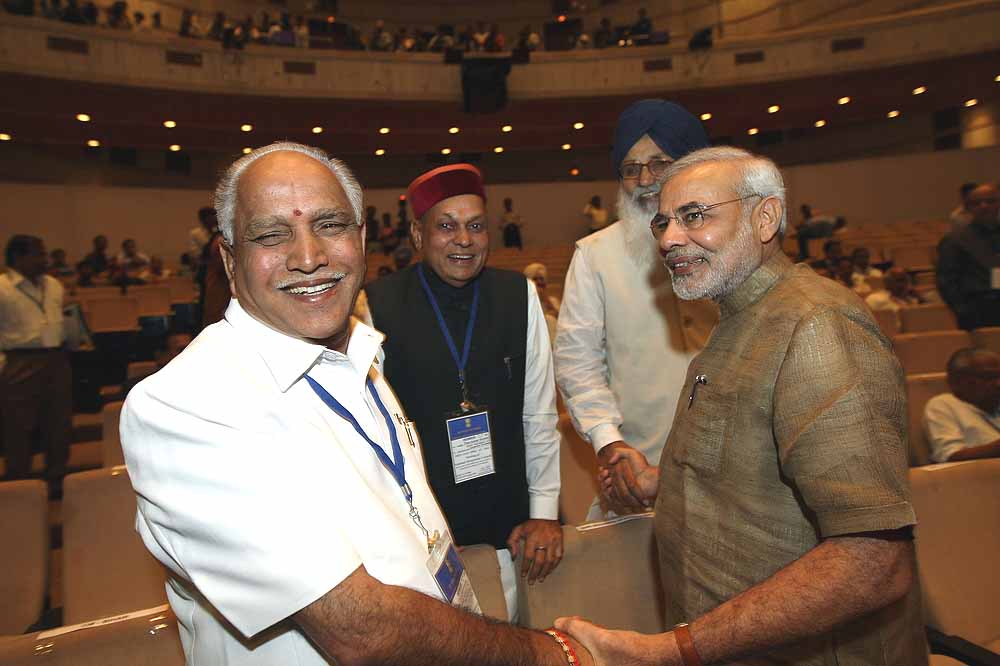 Not many people may remember the enthusiastic hand that reached out to greet Narendra Modi soon after he was named leader of the BJP’s 2014 election campaign at Goa. The Gujarat CM hugged his Madhya Pradesh counterpart, Shivraj Singh Chouhan, shook hands with another colleague. But the enthusiastic hand, Modi just touched lightly with his fingertips.

The perfunctory gesture was hard to miss. The extended hand belon­ged to Ananth Kumar, protege of party patriarch L.K. Advani, and among those inv­olved in closed-door confabulations leading to party president Rajnath Singh formalising the BJP’s Modification.

Kumar may have been genuine in his support for Modi with whom he has had a good rapport in the past. But the body language at Goa sent a different message to at least some partymen in the Kar­nataka BJP. These are people who have felt the ground slipping away from under their feet in the only battleground they know—elections—and are looking at Modi as an opportunity. The recent state polls dwarfed the party by two-thirds...