Prisoners Of The Sun

Three generations are braided through Hiroshima, the Partition and 9/11. Yet they are untouched by it all. 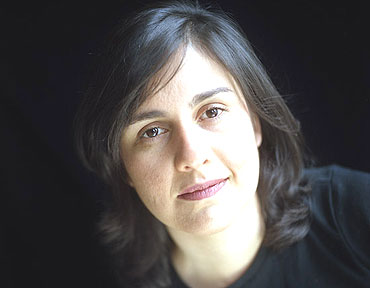 outlookindia.com
-0001-11-30T00:00:00+05:53
‘Ambitious’ is a word that crops up in many reviews of Kamila Shamsie’s latest novel, and rightly so. Of the writers who have the metaphorical balls to tackle the Big Moments of political history, most have literal ones too. Shamsie is to be applauded, then, for rejecting the assumption that a woman’s literary canvas should be small, her subjects domestic and personal. The narrative of Burnt Shadows, whilst far from free of the small, domestic and personal, is strung upon three Big Moments: the bombing of Nagasaki, the partition of India and the terrorist attacks of 9/11.

The novel follows the lives of two families across three generations. At the heart of the novel is a Japanese woman, Hiroko. Young and in love with a German man, Konrad Weiss, her leap into love, marriage and sexual awakening is cut brutally short by the devastating bomb, which kills her father and fiance.

She flees Japan to India, to live with Konrad’s half-sister, Ilse who, under the name of Elizabeth Burton is (unhappily) married to a...