A blunder or a cynical attempt to recast Rahul Gandhi as a Brahmin, it has only revealed the Congress’s casteist underbelly 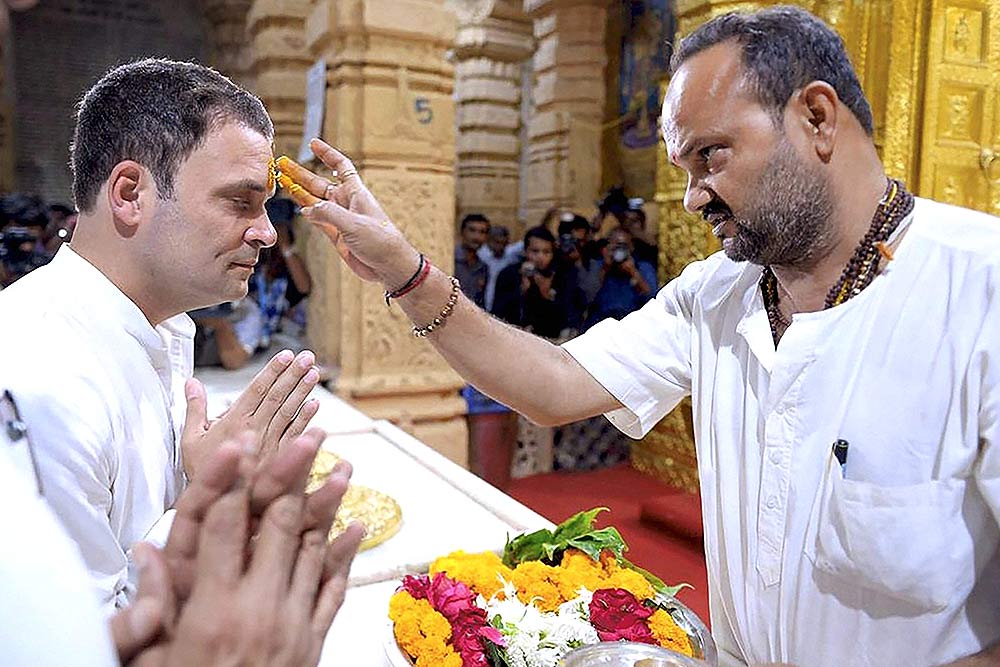 “Janeu-dhaari Hindu.” Words that hiss with an anachro­nistic charge when spoken as an assertion, like some mons­ter of the deep suddenly looming into view, and more star­kly ironic when uttered by a spokesman of the Congress, which swears by secular progressive politics, unlike the Sangh parivar. Some would say it was true to form as all so-called secular parties are embedded in the old caste matrix one way or the other. And the Congress was ref­lecting its own inner biases, which all allegedly savarna-inflected parties pretend don’t exist.

In the process, a few curious things happened. A question of religion had unwittingly been deflected into one of caste—both factors brought into play, helped along by a few remarks about Aurangzeb, around the time Rahul Gandhi was about to take over as Congress chief. And against the backdrop of the Gujarat polls, where both caste and religion are fraught with meaning and consequences.

But why would MLA Randeep Surjewala, a former Haryana minister’s son, who usually chooses his words...