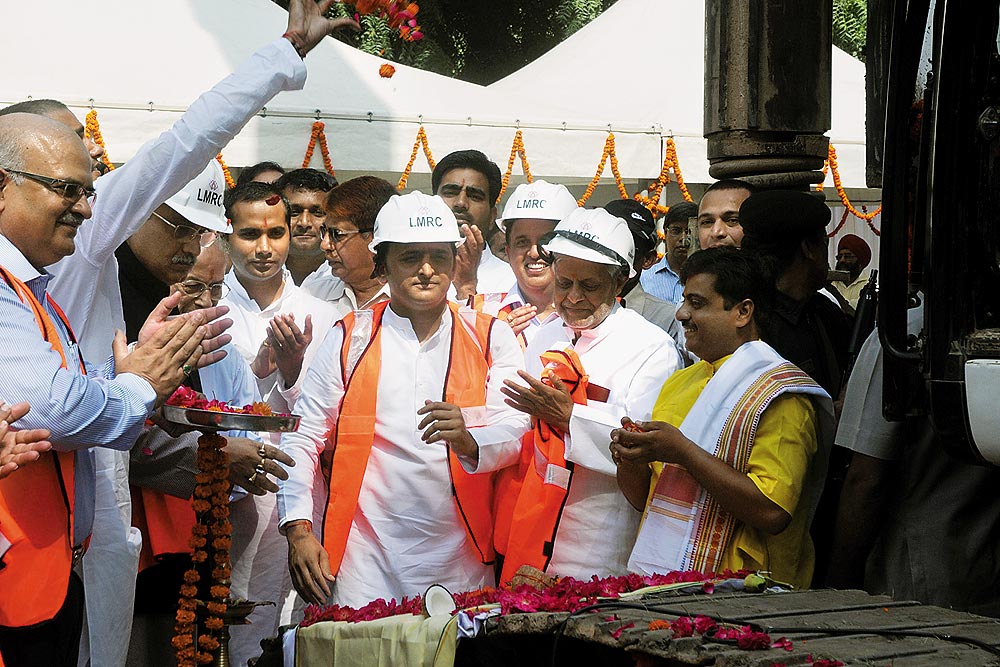 At the spiffy office of the Lucknow Metro Rail Corporation (LMRC), they have put up a countdown clock. Similar clocks tick away to the deadline set for project completion at the UP Industrial Expressway Author­ity, entrusted with the task of building a six-lane Lucknow-Agra expressway,  and at the offices of the international cricket stadium, besides the LMRC office, which will oversee a makeover of the capital.

The installation of these clocks is a clear hint that chief minister Akhilesh Yadav wants to shake off the tag of apathy and show he means...