You don't need specs to see it. A boy wizard conjuring up a whole book cult—and how. 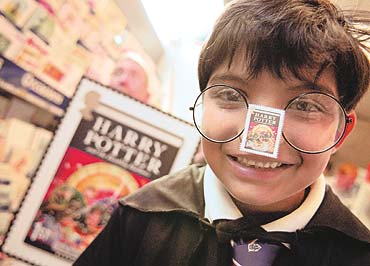 1997: Harry Potter and the Philosopher's Stone is released, making its unknown author an instant celebrity.

2001: Thirteen-year-old unknown Daniel Radcliffe becomes the face of Harry Potter. Film of the first book grosses over US $976 million worldwide.

2004: Harrius Potter et Philosophi Lapis, a translation of the first book into Ancient Greek, is released.