Murders by poisoning and a female ‘serial killer’, with dollops of scandal, are riveting Kerala 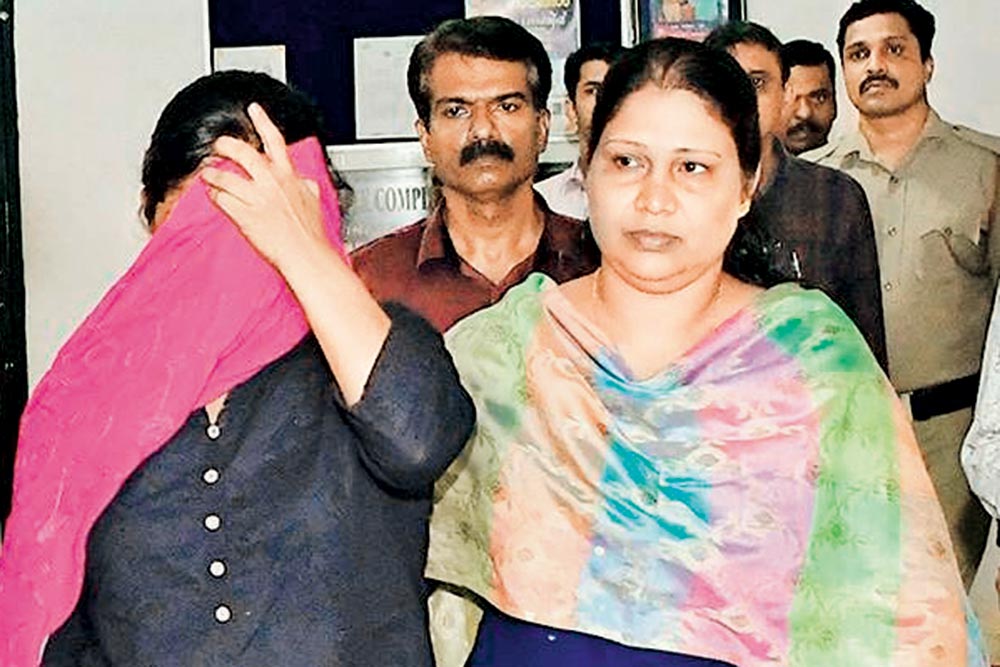 For years, perhaps the only thing Koodathayi was known for was through-traffic. Its proximity to state highway SH-34—the artery connecting hub towns Koyilandy and Edavanna—makes the village a mofussil pit-stop some 35 km from Kozhikode city in Kerala’s Malabar region. With a little over 13,000 people (Census 2011) calling Koodathayi home, ‘vajagam’ (idle chatter) is what passes for entertainment here. When villagers used to talk about Jolly Joseph, daughter-in-law of the prominent Ponnamattom family, it was generally in complimentary terms. Much like her business-owner husband’s parents, educationists Tom and Annamma Thomas, Jolly—ostensibly a commerce lecturer at the nearby National Institute of Technology, Calicut (NIT-C)—was acc­orded the high regard her station afforded her and was a familiar face at the Lourdes Matha Church. “She was very approachable and would go out of her way to talk to people,” says K.P. Kunhammad, a member of the village panchayat. The sudden deaths of Annamma in August 2002 and Tom in...