‘Police Chased Us Even Into Our Hostel Rooms. We Want An Apology From The V-C’

BHU's student, who was part of the entire sequence, describes her ordeal ever since they raised demands for greater security against sexual harassment. 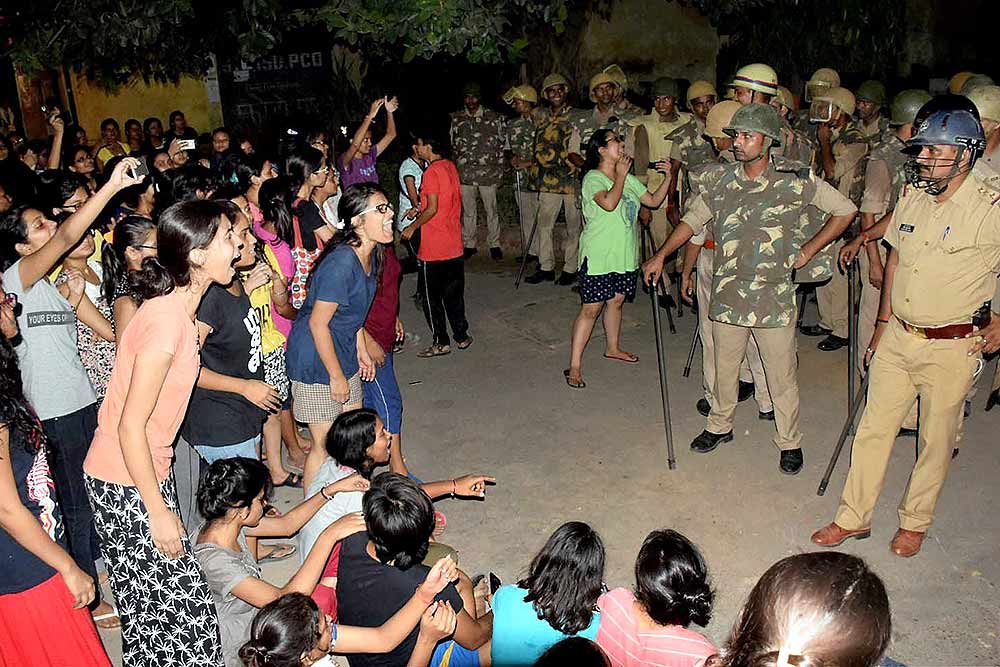 Pent Up
Women students protest at BHU, while a posse of policemen looks on
Photograph by PTI
Pragya Singh September 28, 2017 00:00 IST ‘Police Chased Us Even Into Our Hostel Rooms. We Want An Apology From The V-C’

Banaras Hindu University’s campus is one of the largest in Uttar Pradesh. It is accessible through several gates, the most renowned and biggest of which overlooks Lanka, a locality in Varanasi. It is at this gate that hundreds of students of BHU, mostly women scholars, were protesting since 6 am on September 21. It is from this historic site that they were lathicharged by police and chased into their hostels. Videos of the all-woman crowd being beaten by police have since gone viral, sending shockwaves through the country.

The women students had come out in protest after an incident of sexual harassment on the campus, for which the BHU administration blamed the victim. She was the first to step out to protest against the unequal treatment of women in the university and the lack of basic safety norms there. She was soon joined by other hostel residents, and as she shaved her head in protest, became a symbol of all BHU women students’ demands.