Did classical Indian literature focus more on the absentee lover than on the joys of union, probes Arshia Sattar 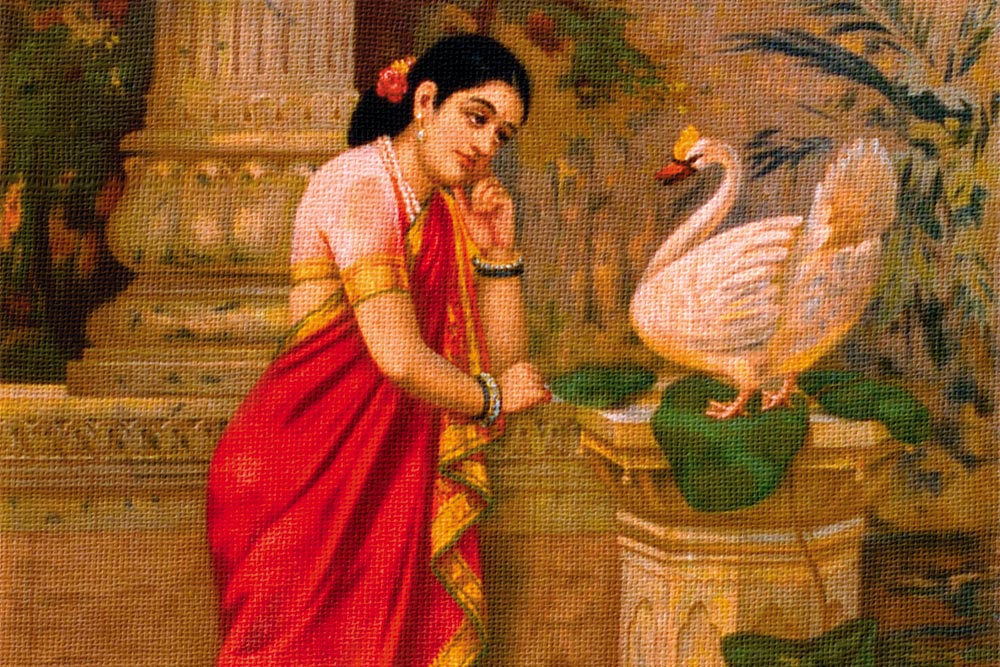 A golden swan was the messenger of love between Damayanti and Nala, leading to their wedding
By Ravi Varma prints
Arshia Sattar December 20, 2016 00:00 IST Poems Of Pain Always Scored Over Songs Of Lust In Classical India

It is interesting that some of Sanskrit’s most celebrated works of romance explore the pain of separated lovers. Not just that, the aesthetic emotion of viraha is almost more exalted than shringara—the complementary emotion of ‘love in union’. Surely, there’s more than a hint in there about how we view love and whether we think a long, happy and fulfilled love is possible.

One of the most romantic moments we got in the classical Sanskrit literary tradition was from Kalidasa. The dramatist’s Meghaduta has an exiled yaksha sending a message to his beloved via a raincloud. Replete with all that Kalidasa does best, the lyric poem abounds in pathetic fallacy, where each and every aspect of nature reflects the yaksha’s yearning. Monsoon exacerbates that urge. For, it’s the season of love, when men return to their homes from faraway lands, from their work as soldiers and traders and as farmers at a time when thirsty fields are left to soak up the rains. J.C. Holcombe translates: “In wind, which off the...