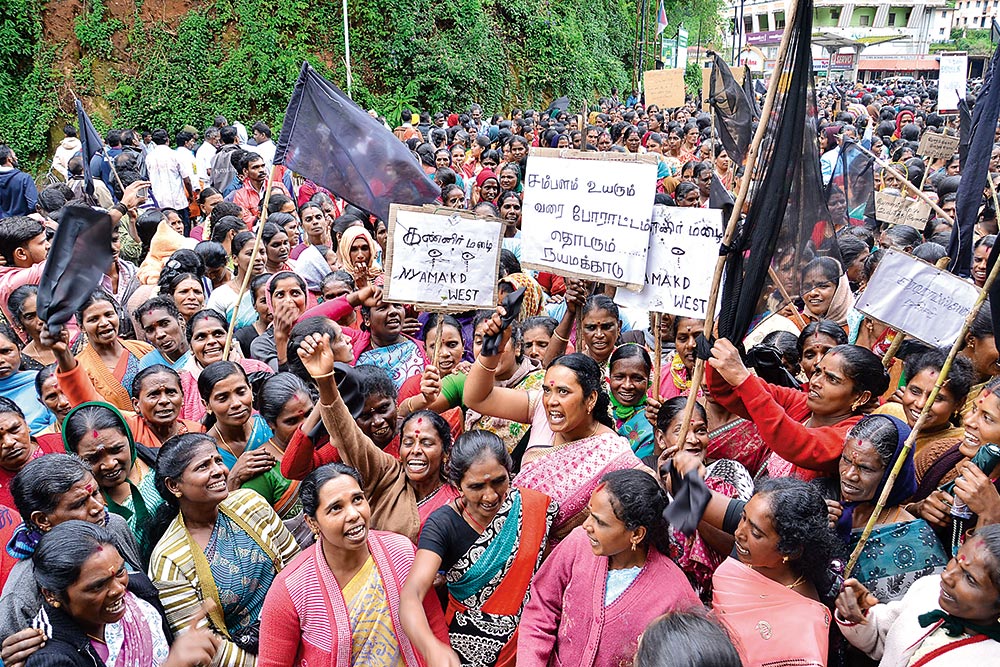 Kerala’s protest landscape has in the recent past seen numerous women’s collectives asserting themselves to demand their rights. Historically, the state has witnessed leftist as well as renaissance movements, where women resisted and agitated shoulder to shoulder with men. That legacy has made the landscape fertile for such women’s movements to sprout and grow. Today’s crop of women’s collectives, which seems to have shunned political ideologies to carve a space for themselves, are but a natural corollary to those early movements. True, some of these recent collectives have been torpedoed by muscular patriarchal forces, but these assertions show newer ways for emulation.

Perhaps, the most significant of these women’s protests came from Munnar’s poor women tea-pluckers, who called themselves the Pembila Orumai (women’s unity). On September 5, 2015, an unorganised group of those labourers in hilly Idukki district rejected the diktat of various trade UNI­ons to accept lesser bonus and wages offered by the Kannan Devan Hills...