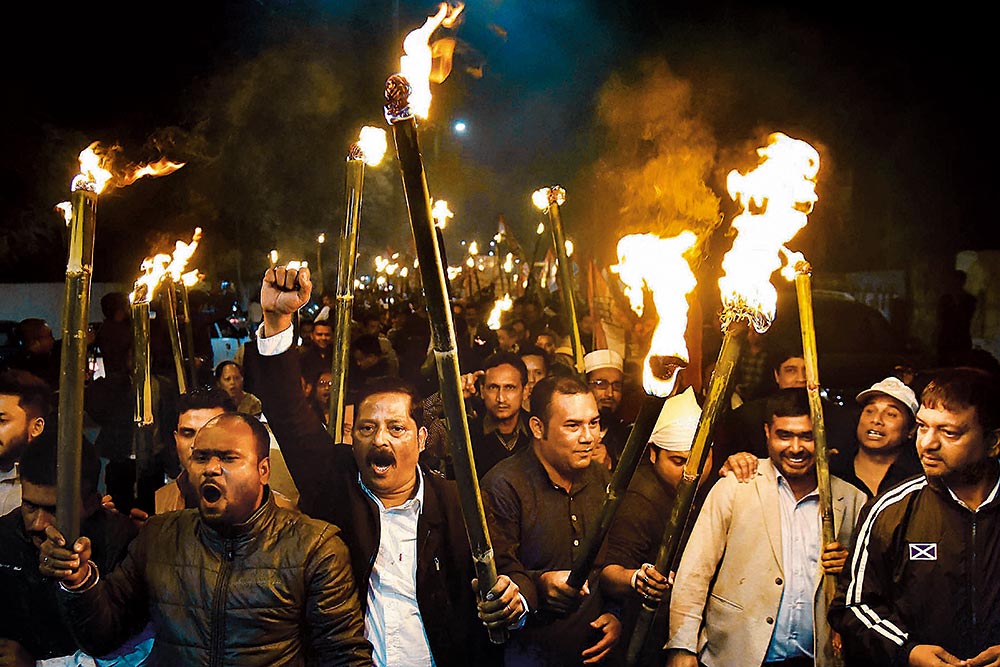 All Fired Up
Protesters march against the CA bill in Guwahati on Tuesday.
Photograph by PTI
Abdul Gani January 10, 2019 00:00 IST Playing With Fire: Citizenship Bill Could Hurt BJP's 2019 Prospects In Northeast

The defining moment of the campaign for the 2014 Lok Sabha elections in Assam, many agree, came at a rally addressed by then prime ministerial candidate Narendra Modi. After May 16, he thundered, all Bangladeshis will be sent back “bag and baggage”. May 16 was the day when votes were counted and Modi’s BJP began its march into Assam, winning seven of the state’s 14 parliamentary seats. Exactly two years to the month, the BJP overran the Congress’s 15-year-old citadel in Assam, storming to power in the state for the first time. Throughout the weeks-long campaign, the BJP’s trump card, again, was the promise to deport all “illegal Bangladeshis”, the biggest and most divisive of all issues in Assam for decades.

Now fast forward to January 4, 2019. At a similar rally in Silchar, in the heart of Bengali-majority Barak Valley, Modi ann­o­unced his government’s resolve to go ahead with amendments to the Citi­zenship Act of 1955, paving the way for granting citizenship to non-Muslim migrants from three neighbouring...