Play To The Crowd 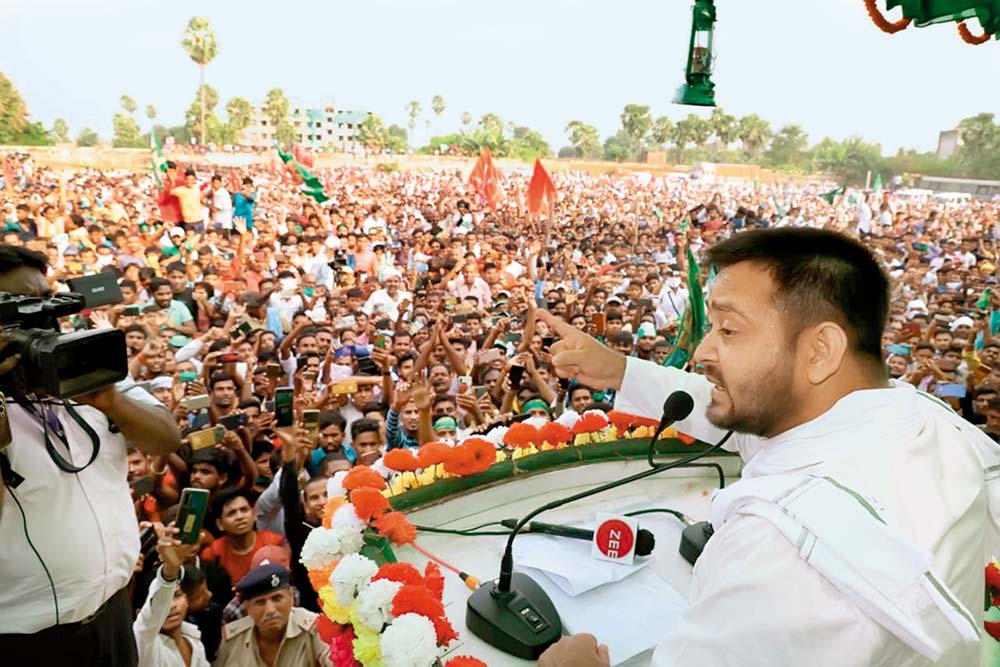 The Crowd-puller—Tejashwi Yadav of the RJD at an election rally
Photograph by Sonu Kishan
Giridhar Jha October 28, 2020 00:00 IST Play To The Crowd

Tejashwi Prasad Yadav was almost written off after the RJD failed to win a single seat in the Lok Sabha elections last year. With Lalu Prasad Yadav in Ranchi jail serving a sentence in the fodder scam, the party was a rudderless ship in Bihar’s politics. In less than a year-and-a-half, the 31-year-old appears to have stepped into his father’s crowd-pleasing shoes. This is what appears to be the biggest takeaway from the assembly polls in Bihar, which elects a new government on November 10. Tejashwi has been drawing huge crowds to his rallies, showing signs of a leader who has cracked the code of how to connect with the masses, a trait that had once propelled his father to power.

The jury is still out whether Lalu’s youngest son will pull off what his father failed to do in the past 15 years and finally dislodge Nitish Kumar of the JD(U) from power. But if the loud cheers of his supporters on his campaign trail are any indication, he has certainly come a long way. Tejashwi may not yet have acquired his father’s earthy humour to establish a rapport...