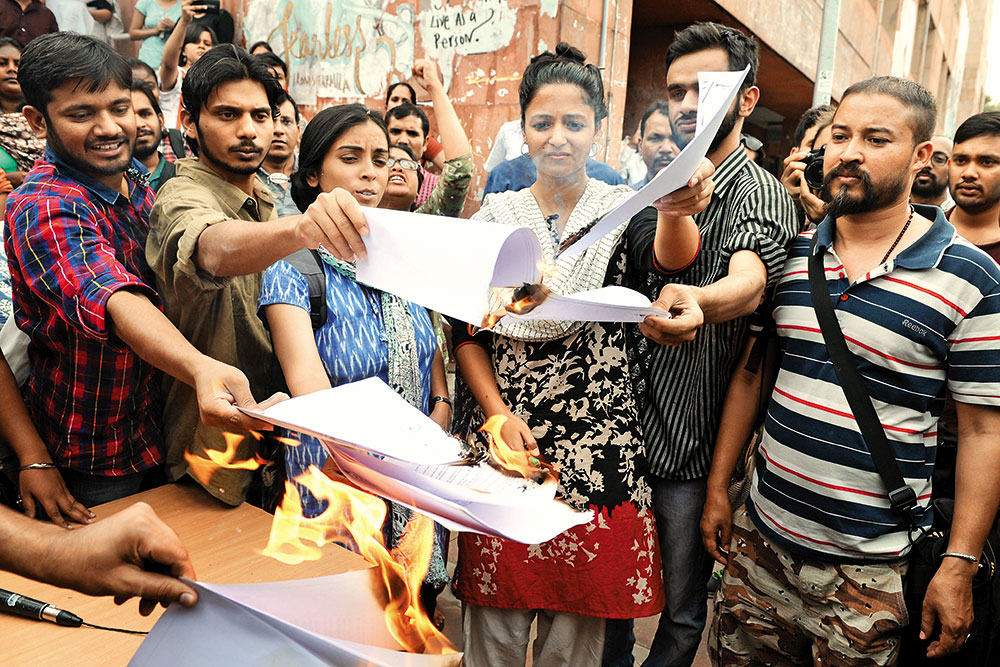 A April-May is exam time at JNU and students have been busy preparing for their holidays. But just as the dust kicked up by the arrest of several students on sedition charges in February seemed to be settling, the Vice-Chancellor rolled out the list of punishments.

While the JNU administration had main­tained that the “high-level inquiry” was concerned with acts of indiscipline and not with charges of sedition, there were penalties for raising ‘objectionable slogans’ and attending the February 9 event where ‘objectionable posters’ were put up, indicating the university’s clear stand on the charge of anti-nationalism. Fines, suspensions, rustication for five years....

Given that the matter has far surpassed the university’s bounds, could it have wai­ted for the police to complete investigation and allowed a trial court to weigh in first? Could it have gone for conciliation? Stu­dents have now started an indefinite hunger strike. Or were there reasons for meting out seemingly arbitrary...