Irish Ambassador, on his new book of poems, Memories of an Ionian Diplomat, released at Delhi’s Dublin pub, where they also serve Guinness. 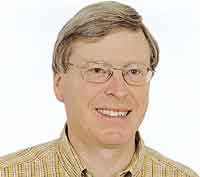 Your book, Memories of an Ionian Diplomat, sounds a bit Greek?
Ionia was famous for science and poetry—as a meeting place between the east and west. The Ionian diplomat is Megasthenes, not me.

How did Megasthenes come centrestage?
He was the first European diplomat, posted to the court of Chandragupta Maurya in 303 BC.

Is that the role you are playing right now?
In a way, yes. Ireland is the current president of the European Union in India.

Who are your favourite poets?
Homer, Shakespeare, Cavafy, Yeats and Heaney.

Which poem do you recite most often?
Spanish poet Lorca's The Horseman's Song. It's about a horseman's failed quest.

Among Indians?
Kalidasa and his contemporaries.

Another Irish poet, James Cousins, left Dublin for India inspired by Tagore. Are you tempted to do the same?
My...