Phantom Of The Fossils

The ASI's finds hot up the ideological war even further Updates 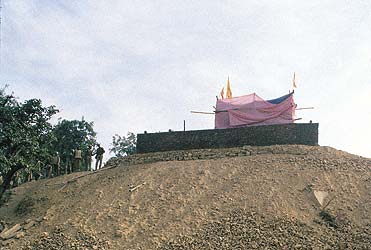 It gives the so-called scientific edge to the tired Ayodhya movement. The Archaeological Survey of India (ASI) has told the Allahabad High Court what the Sangh parivar has been claiming since they demolished the Babri mosque in Ayodhya—that it was built over the remains of a three-layered "monumental" temple.

Here is what the ASI found:

A delightful RSS now wants to drive home the point to the 'secularists' that a mosque can be taken over on the basis of the community's perceived historical...