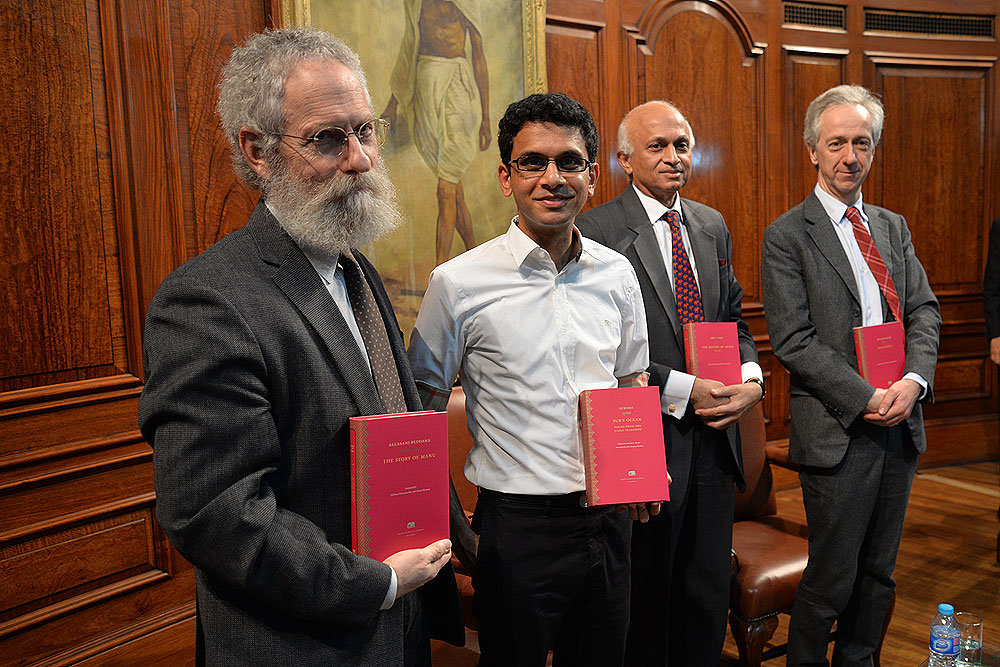 Shelly’s Voice
Sheldon Pollock, Rohan Murty at the launch of the Murty Classical Library of India

For nearly six years, the prestigious Murty Classical Library of India (MCLI) has been persevering on its ambitious goal of translating classic Indic texts which it hopes will reach a new generat­ion of readers. But does it fit—or even aspire to do so—into the Make in India ‘ethos’? Apparently not, bizarre though the question may seem.  A move to sack renowned Sanskritist Sheldon Pollock of Columbia University, who heads the translation project created by Rohan Murty, son of Infosys foun­der N.R. Narayana Murthy, emerged last week in an online petition on the portal change.org. Signed by 132 Indian academics, it sought the removal of Pollock as the chief editor of MCLI because of his views which, they alleged, echoed those of “Macaulay and...