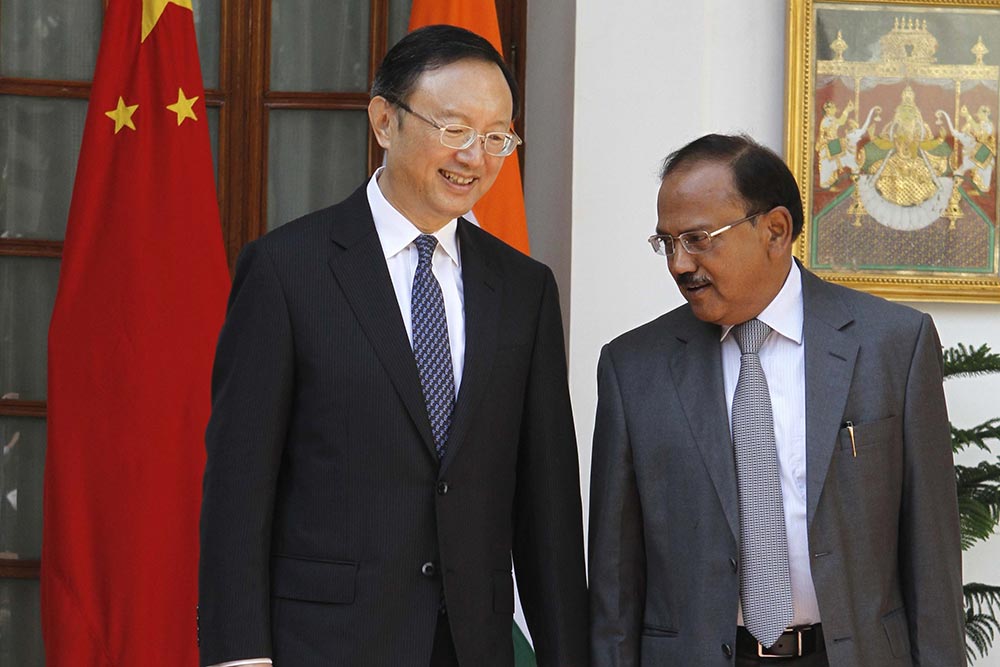 It is always difficult to second guess a large, and reputedly inscrutable, country like China, especially at a time of crisis. Whether standoff bet­ween India and China on the Doklam plateau—at Doko-La, on the tri-junction of borders of India, Bhutan and China—where rival soldiers are stationed in close proximity, can be called a full-blown crisis or one in the making would be a matter of debate. But, as the episode enters its second month with no signs to suggest that either of the two sides is willing to yield ground and take the first step to restore status quo ante, people in the subcontinent and beyond have begun to wonder if a second war between the two Asian neighbours is in the offing. The recent live-fire exercise by units of the Chinese army in the Tibet Autonomous Region has spread a whiff of cordite over the crisis, intensifying the war talk.

On the face of it, both sides maintain that they are engaged with each other and the top priority is to resolve the standoff through negotiations. But the relentless, stentorian rhetoric emanating out of...