Pass By On The Sidewalk, Without Looking

What happened to Jagruti was the result of our inaction, our perilous tolerance, what we’ve allowed to happen to generations of our women 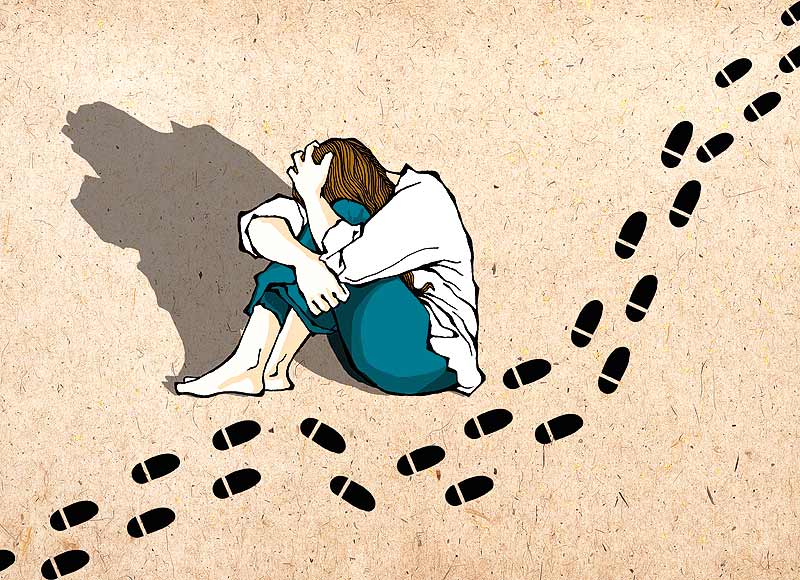 Illustration by Sorit
Nandana Sen March 25, 2013 00:00 IST Pass By On The Sidewalk, Without Looking

“Disconnect and self-destruct, one bullet at a time.”

She wanted to live, she said. After being gang-raped, tortured, beaten to a pulp, dismembered and gutted. After her mauled and mangled self was tossed out of a bus that tried to crush her, and passed by citizens who didn’t care to help. But Jagruti could not be crushed by her rapist-murderers, or that bus of horror, or the heartless passers-by. In groundbreaking contrast to victims who have, for centuries, been socialized to believe rape is “a fate worse than death” and suicide/ death is the only “honourable” option, Jagruti clearly stated she wanted to live. As others have also pointed out, it was Jagruti’s unique will to live that connected with the whole nation, inciting it to rally for her and cement its outrage into a demand for justice.

What happened to Jagruti is particularly heartbreaking, but let's not forget our long and...