Party Time? Not Yet 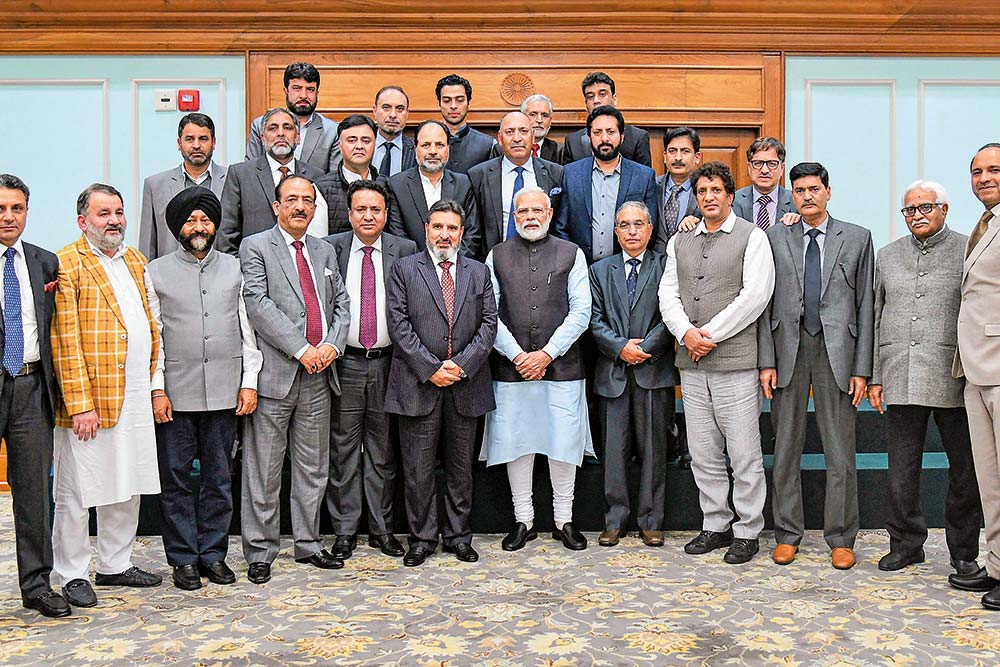 United We Stand
PM Modi with a delegation of members of J&K’s Apni Dal
Photo by PTI
Naseer Ganai March 18, 2020 00:00 IST Party Time? Not Yet

After seven months under lockdown, Kashmir is now witness to new political moves by the Centre coming at break-neck speed. First came external affairs minister S. Jaishankar’s surprise visit on March 9, when he assured relatives of people, including students, stranded in Iran that their kin will be airlifted. Though he didn’t meet any political leader, the visit was widely seen as a political one. Then, the J&K government decided not to extend MP and former CM Dr Farooq Abdullah’s detention under the Public Safety Act, thereby allowing his release on March 13 after seven months of incarceration.

“In the political environment that exists now, withdrawal of Farooq’s detention order would not have been without the assurance that he is not going to be too critical of government and its actions,” says Prof Rekha Chowdhary, former head of the political science department at Jammu University. After his release, Farooq talked only about detentions.