Part 5: Ghar Wapasi For The Girls?

The Bodo and adivasis girls, taken away from their homes, have now emb­raced patriarchal ideas of honour, sati and jauhar 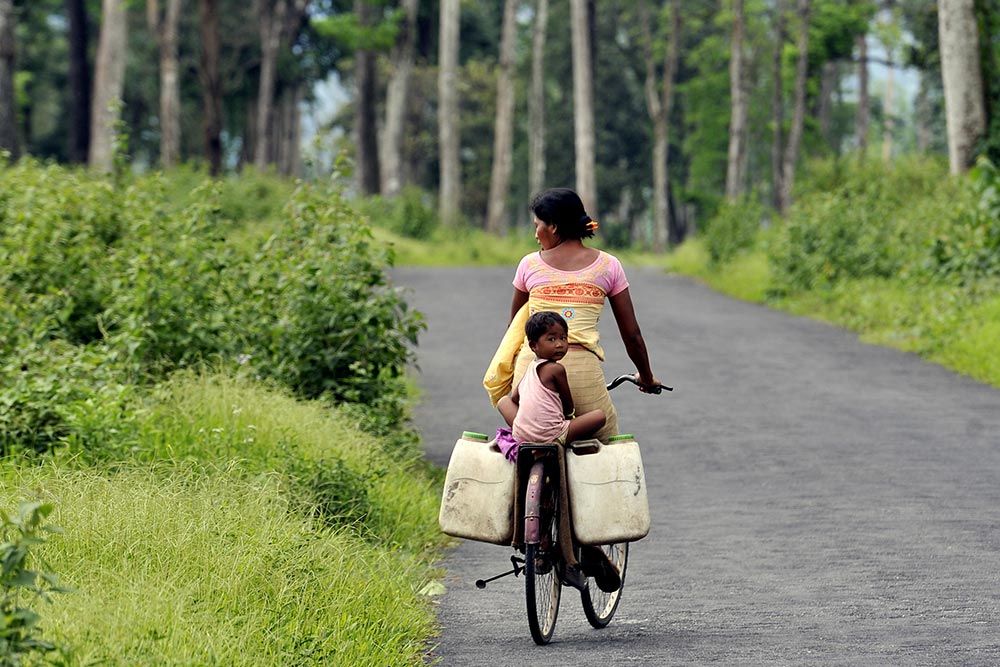 In Sight
A tribal woman with a child near the Indo-Bhutan border
Photograph by Sandipan Chatterjee
Neha Dixit July 29, 2016 00:00 IST Part 5: Ghar Wapasi For The Girls?

In her essay Truth and Politics, Hannah Arendt, a German-born American political theorist whose major work traces the roots of Stalinism and Nazism, wrote: “The historian knows how vulnerable is the whole texture of facts in which we spend our daily life; it is always in danger of being perforated by single lies or torn to shreds by the organised lying of groups, nations, or classes, or denied and distorted, often carefully covered up by reams of falsehoods or simply allowed to fall into oblivion.... Lies are often much more plausible, more appealing to reason, than reality, since the liar has the great advantage of knowing beforehand what the audience wishes or expects to hear.”

Babita has endorsed the narrative about protecting women’s honour from ‘outsiders’ without realising her own outsider status in Gujarat. Srimukti, disdainfully called an outsider and outcaste in Patiala, is playing a game fighting intruders in Kashmir. The narrative of throwing out intruders to save the Hindu rashtra is integral to the ‘education’...